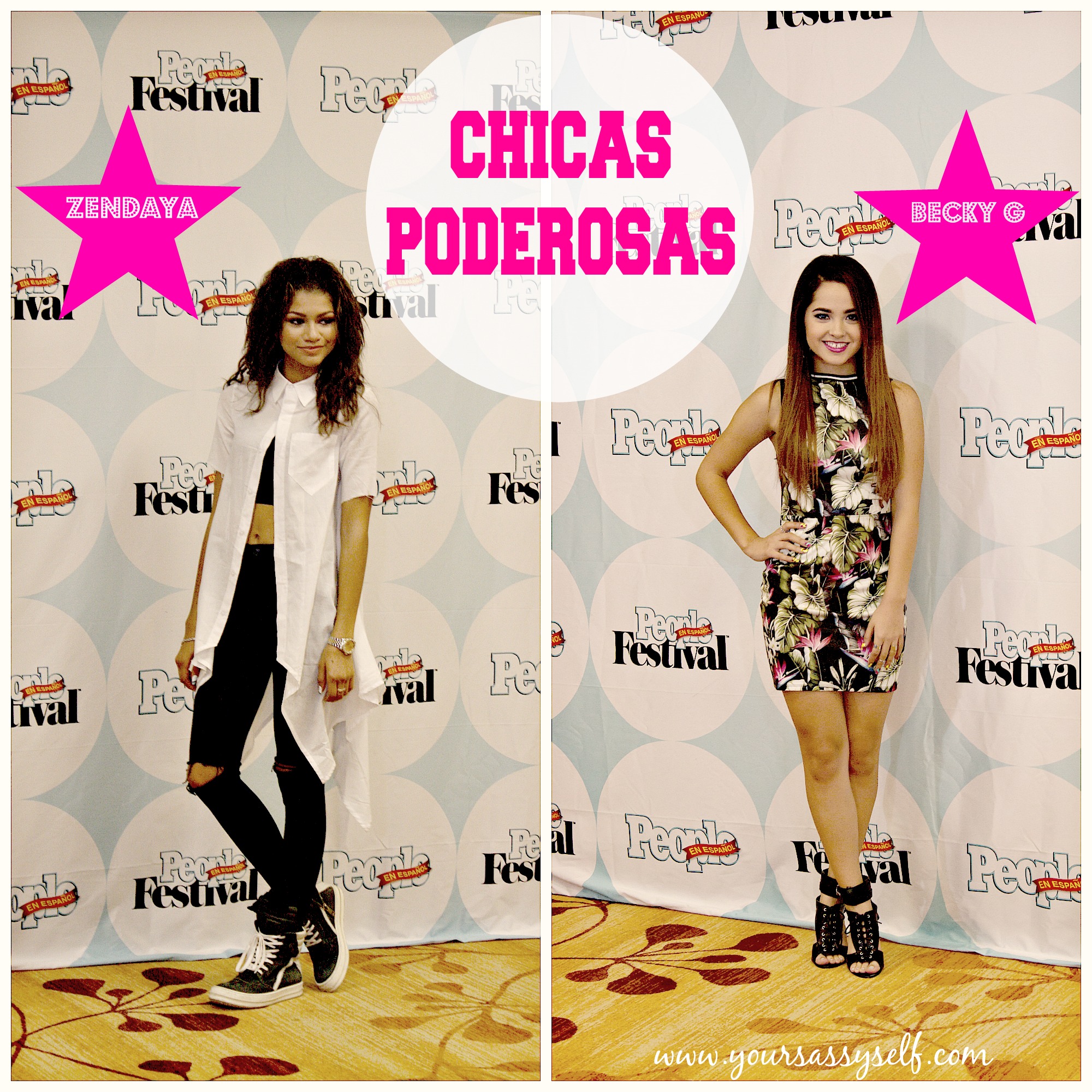 If you read my post earlier this week on #FestivalPeople and/or follow me on social media (Facebook, Twitter, Google + and Instagram), you know that I spent my Labor Day weekend enjoying Festival PEOPLE en Español which took place in my home town of San Antonio, TX.  Zendaya & Becky G were not only the Chicas Poderosas concert headliners, but they also took part in the Inspiring the Next Generation panel, where they showcased what I think are the true reasons behind their success.

Yes Zendaya and Becky G killed it on the concert stage, showcasing their voices and dance moves (even the grandparents were impressed); 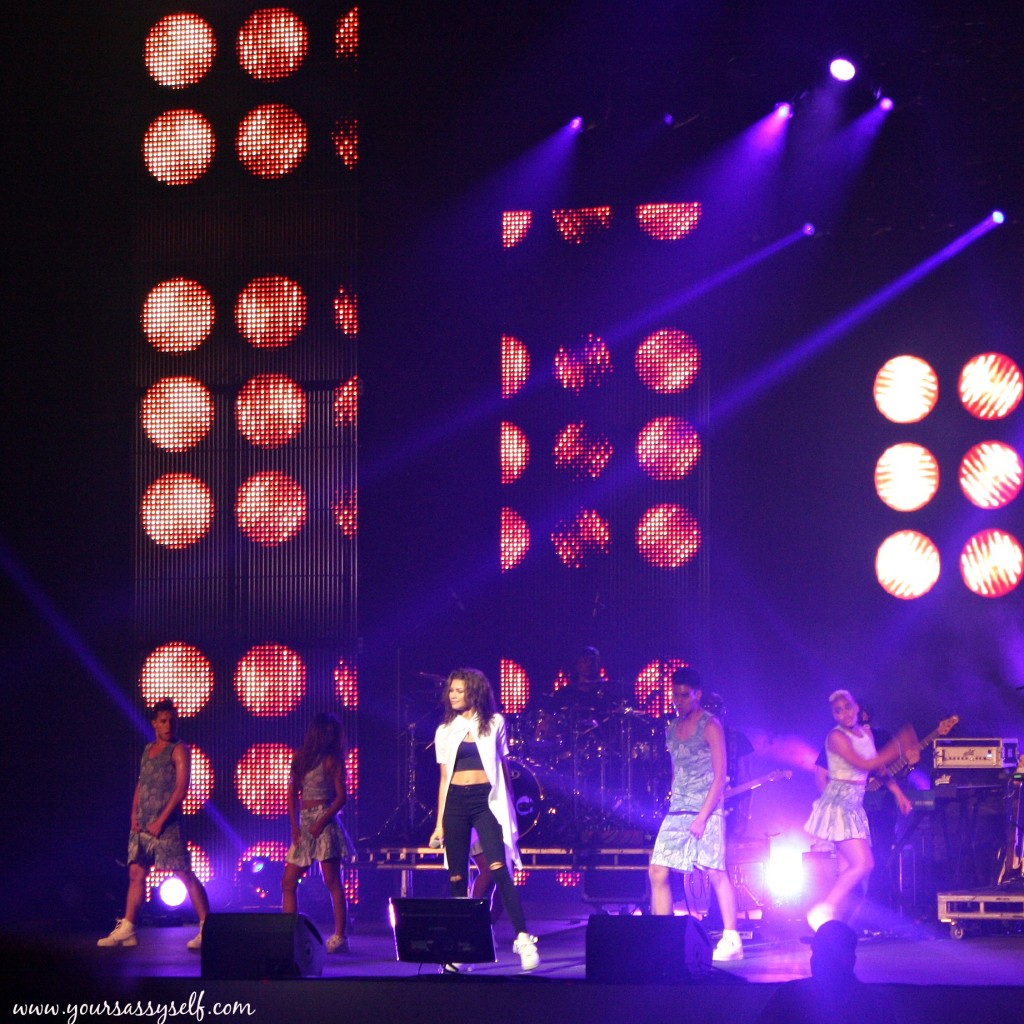 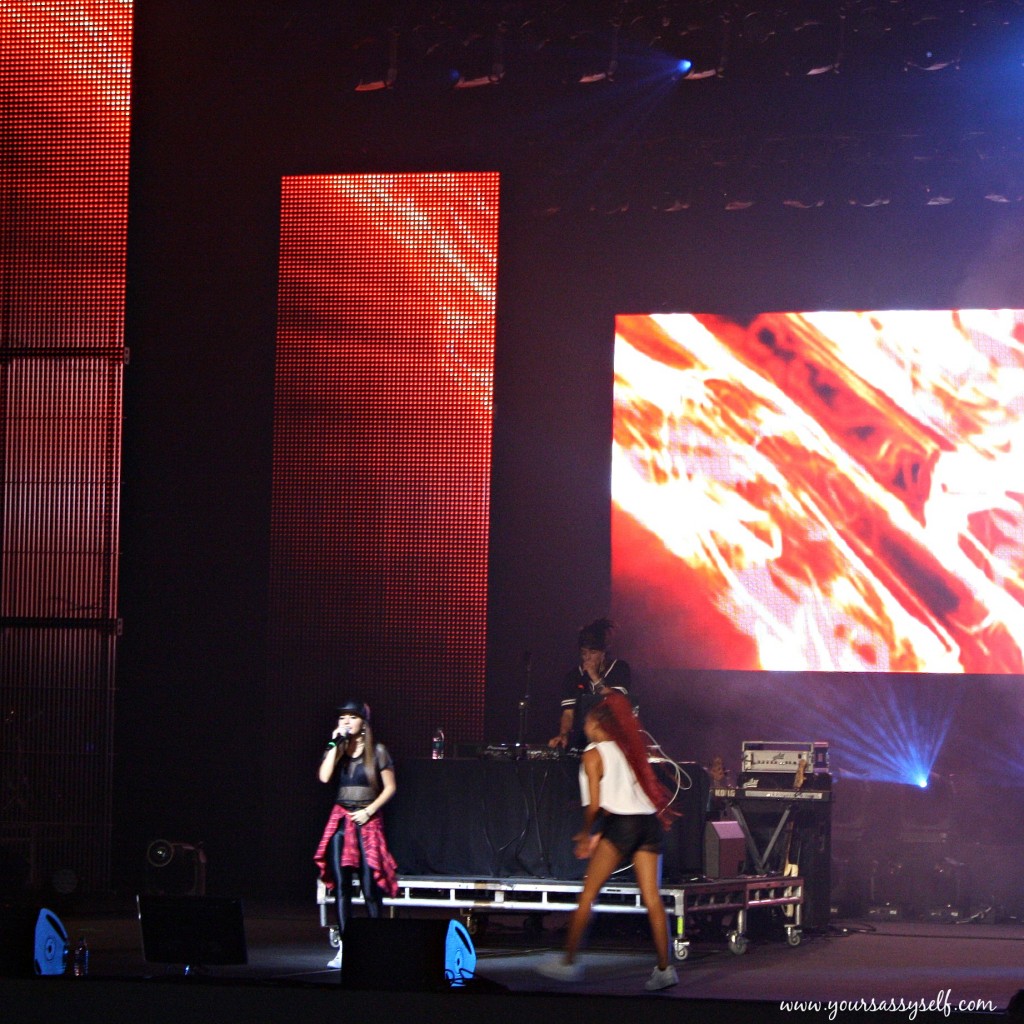 but, where they gained a fan for life was on the Inspiring the Next Generation panel. 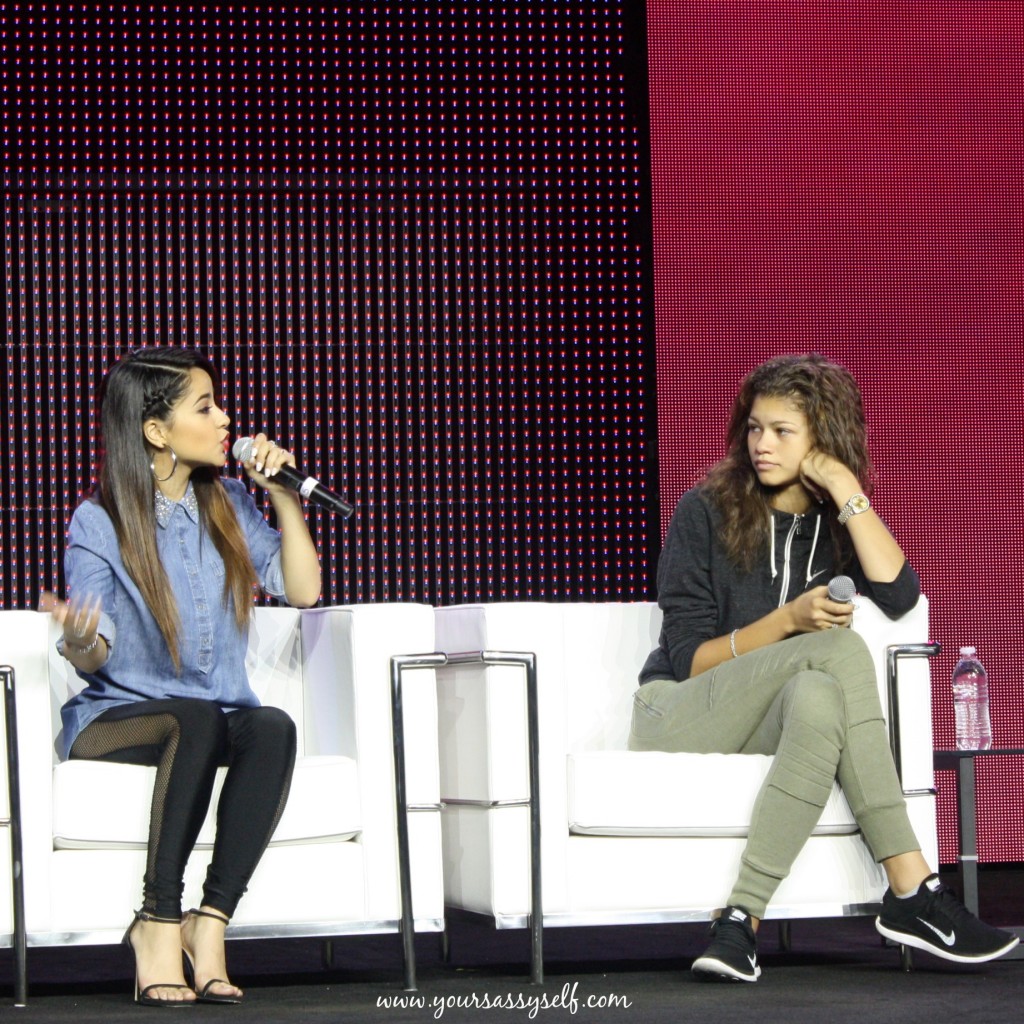 Zendaya – already a one name wonder and powerhouse for Disney – is not only musically gifted, with moves that make you get up and dance, but she is definitely an inspiring young woman.  Initially I was excited for my niece to be able to check out one of her favs live in concert, 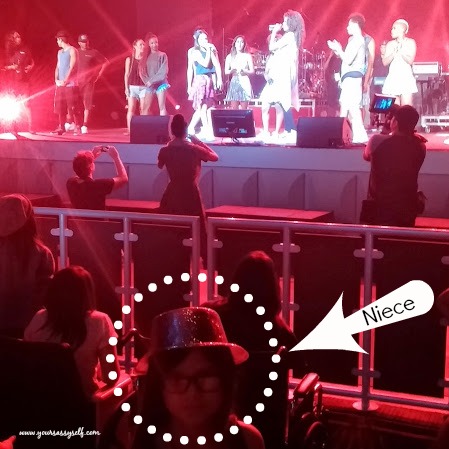 but once I heard her speak and share where her passion and heart lies, I became just as excited and enamored with her as my niece had been. During the Chicas Poderosas concert, Zendaya shared how all she wanted for her 18th birthday was for fans to donate to feedone.com to help feed kids from schools in Haiti, Tanzania and the Philippines.  She didn’t want fans to send gifts, etc.  She wanted to use her notoriety to bring awareness to a great cause and help others in need.  How great is that?

Zendaya continued to impress on the panel.  Words cannot express how proud I was of her for showing up in all her natural beauty – with not a stitch of makeup and chilling in her active gear.

Then she made sure to tell kids to stop trying to grow up so quickly.  She instead told them to enjoy and be proud of their age because that would be the last time they’d be that age. Growing up and getting older would come fast enough, but being young is a once in a lifetime beautiful experience, so enjoy!

Becky G was equally impressive at both the press conference and on the panel. During the press conference, when asked how she felt about being a role model, she shared that she is used to being a role model because she’s had to be one for her hermanitos (siblings).  She said that when they were younger, her family fell on hard times and they had to move into her grandmother’s garage.  As a result, they grew up sleeping in the same bed, so when she’s away, she misses that closeness with her family the most. She also shared that one of the ways she encourages others to stay close to their roots is by learning their native language and learning to cook traditional foods.  That allows you to stay close to your culture and pass down your traditions. 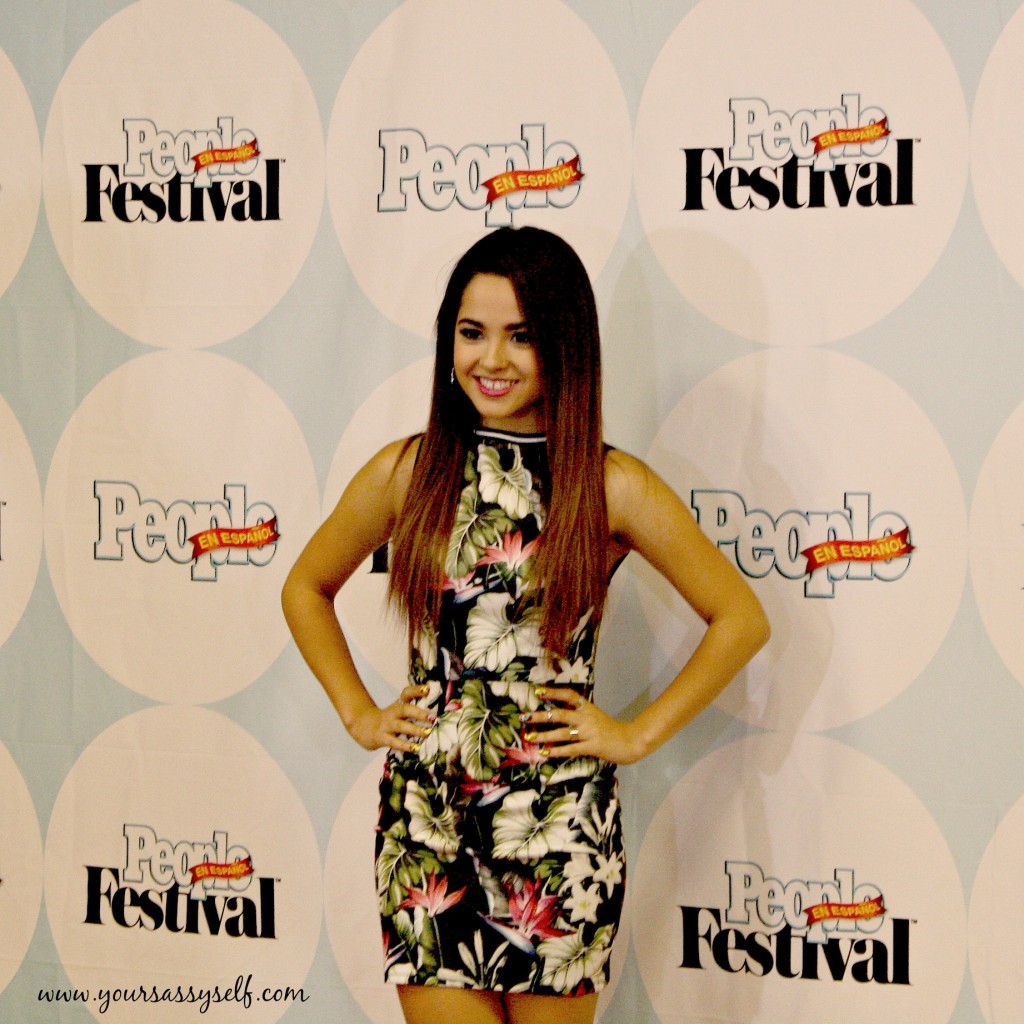 Then during the panel discussion, she spoke very eloquently about confidence, which was something that her Abuelita taught her.  She said that even she struggles with confidence, but regardless she knows you have to love yourself because if you don’t love yourself how can anyone else love you.  Um, yes folks, even at her young age she knows it all starts with loving yourself.  🙂  So instead of worrying, she just encourages everyone to be comfortable with yourself and don’t worry about what anyone else says.

I mean, come on.  How impressive are these young women’s thoughts?  They are saying everything that we’ve all known at one point in our lives, but I believe that because they are choosing to live it, that success is now knocking on their doors.  🙂 Super impressive Chicas Poderosas!!

What do you think?  Do you think these Chicas Poderosas delivered?