To say that the appliance gods have stopped smiling on me is an understatement.  🙁  Recently I’ve had my AC unit and refrigerator go out within a couple of weeks of each other.  Yes, cold air apparently was done keeping things cool at my house and decided to move on.  Granted both units were not of this century (they were probably originals to the house) and I’m forever grateful they lasted as long as they did, but it was nice not having to worry about replacing these big ticket items.  C’est la vie (that’s life).  Unfortunately for me, it’s still summer in Texas and cool air is a must, so thanks to YouTube DIY Ingenuity and general good graces, I was able to find work arounds for both of my recent cooling needs.

The first item to go out was the AC unit.  Thankfully it went out at the beginning of the week so I only had to endure the heat when I returned from work, but I don’t know about you, I can’t sleep in the heat and because of allergies I can’t sleep with the windows open.  Knowing that I began to plot how I could surround myself with ice without having the large pool of water damage my wood floors.  Enter YouTube.  I remembered seeing an outdoorsman showcase the DIY travel AC unit he had created via some morning talk show I think, so that spearheaded my YouTube hunt.  That is where I found this DIY video on how to make one, but with solar energy (I think I’ll try that if I ever get convinced to go regular camping instead of the only way I prefer to camp now – glamping 😉 ).

Needless to say, as soon as I saw this video I jumped up and headed to the store to:

Now, please don’t think that this is enough to cool your whole house, but it is enough to cool an average sized bedroom/tent for you to sleep rather comfortably. 😀  I would recommend however, using a bigger fan and possibly block ice to keep it from melting as fast, but it took 3 days for the unit I needed to arrive and be installed and I can honestly say this DIY Ice Chest AC unit made it a lot more bearable than fans alone could have (FYI ice was replaced nightly 😉 ). 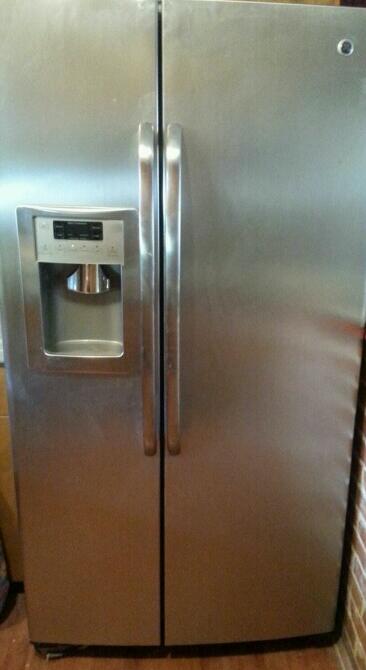 As for my refrigerator, I was able to save my frozen meats thanks to my work having three refrigerators in which I could store them.  My staples – eggs, butter, etc. I was able to store in the mini fridge that came with my water cooler.  Everything else I tried to keep on ice, but once my refrigerator hunt lasted more that a few days, I decided to just chuck them and start fresh once I had my new fridge, which was delivered yesterday. 😀

Things at my casa/house are now back to their cool selves.  Here’s to it staying that way for another century…or at least for another 5-10 yrs. 😉

Now that summer is coming to an end, what new ways did you find to keep yourself cool? What DIY item have you found that “saved” your life?

Lets Connect
Rocio Chavez
Digital Content Creator & Multimedia Designer at Your Sassy Self
I'm a Mexican-American, Sassy, Bilingual, Professional Woman with a passion for life long learning, sharing, and living my best life. I'm the founder and digital content creator for Your Sassy Self and work full time as a Multimedia Designer. Let's connect and see how we can change the world...or at least change our perspective of it. 😉
Lets Connect
Latest posts by Rocio Chavez (see all)
CHECK OUT:  Cool Down This Summer at Splashtown
Powered by Inline Related Posts