So last week I shared with you my excitement about watching El Hipnotizador on HBO Latino. And after watching the first episode, I’ve been left wanting more!

As you can tell from the trailer, it seems to be set during the turn of the century, and uses little lighting to add to the mysterious nature of the storyline and its characters. And off the bat it starts with a bang.  I won’t go into too much detail, but the first 20 seconds of the trailer are from the first episode, and they don’t even begin to cover everything we see and learn about what’s really going on.

As I mentioned last week, this is the story of Arenas – a hypnotist, insomniac – who has an arch nemesis named Darek – who is also a hypnotist and is the one who actually gave Arenas his insomnia.  We’re introduced to both these characters during the first episode and begin to see how intertwined they’re lives are, especially when they enter the dream state.  It is here that we as the audience are taken from scene to scene, trying to uncover the secrets held by both, while trying to determine what’s real word vs. dream world.  The cinematography during these scenes is amazing!

When we’re not dealing with the Arenas and Darek drama, we get to see how Arenas becomes the local hypnotist at the city’s theater and how he, Salinero, and Anita, who work at the hotel Arenas is staying in, become friends.  We also get to meet Castor, Darek’s ally, whom Darek directs to watch Arenas’ every move.

And Arenas definitely leaves an impact, on his hotel guests with his constant late night pacing, and on those he hypnotises on stage. The episode was titled Yellow Ribbon, and that all makes sense when Arenas hypnotises Lucia on stage and we get to see just how much the subconscious mind tries to protect us from the truths of a horrible past, which for her was marked by the yellow ribbon. 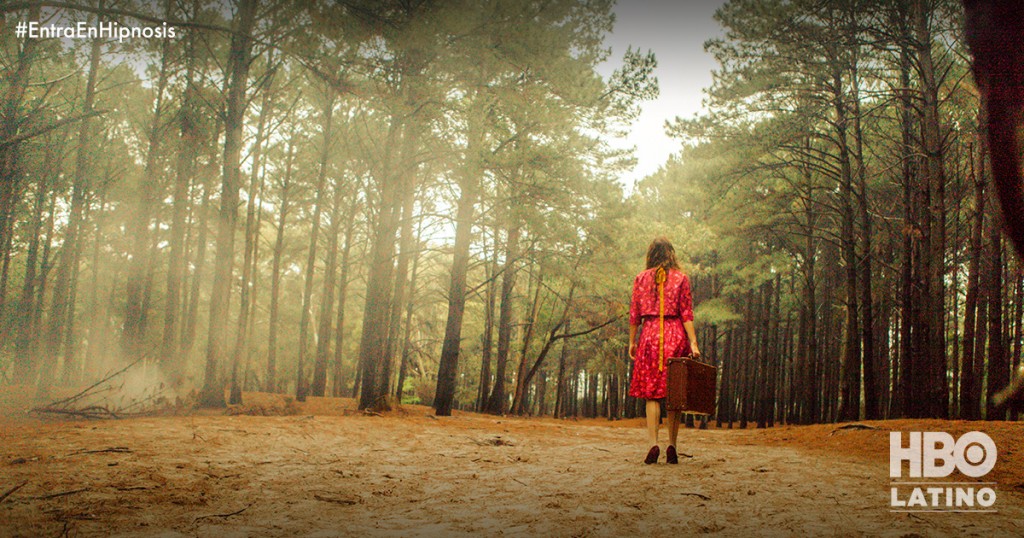 It’s so good I tell you.  And as someone who grew up in a Spanish speaking household, watching Spanish television, this series easily surpases any of the shows I grew up watching with my parents.  You can definitely feel the HBO quality we’ve grown accustomed to.  Plus it’s a bilingual production with a mix of spoken Spanish & Portugees, with English subtitles, sure to capture anyone’s attention.

So if you love watching a HBO quality series, filled with mystery, intrigue, and a desire to get to the truth, you totally need to tune into El Hipnotizador on HBO Latino every Friday, 10/9c or catch it on HBO Now.

What about the El Hipnotizador trailer, or first episode, intrigued you the most?