This past weekend I was supposed to get a few minutes with 2012 Latin GRAMMY® Best New Artist winner 3BALLMTY, thanks to Verizon‘s invite to the My Fabulous Quince expo taking place here in San Antonio.  Unfortunately, 3BALLMTY had some travel issues which kept them from attending, but America Sierra (the female voice you hear on Intentalo and co-writer) was there and I was able to meet and interview her.

America originates from the beautiful state of Sinaloa, Mexico and began behind the scenes as a song writer. Thanks to the success of Intentalo however, she is now a highly sought after singer/song writer.  Her album El Amor Manda debuted on May 28, 2013, to great success since her first single, Porque El Amor Manda was used as the title track for Univision’s novela by the same name. 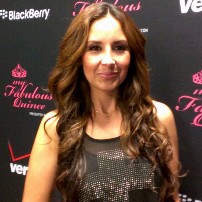 Despite all her success, America was super accessible and open to all my questions.

How has the success of Intentalo changed your life?

It changed, it definitely changed and became something different, especially as a singer and also as a song writer because the song transcended borders, like we couldn’t have imagined.  As a singer/song writer I was working in other genres and being able to cross over to this genre was super important to my career, which I believe is the same for the guys of 3BALLMTY.

Tell me more about your transition between genres and how you came to work with 3BALLMTY, who was mainly known for their instrumental productions.

I think all of it was just magic, being Sinaloense, I mainly wrote Mexican Regional music.  Thanks to our labels however, I was presented with the opportunity to work with the guys from 3BALLMTY and I was able to get to know about the tribal genre.   Immediately we had a connection.  The guys from 3BALLMTY had been underground for so many years with their instrumental productions, but when we met we knew we had the opportunity to create something that could reach more people and that’s how we decided to write a song, with that tribal beat.  That is when they put me to work on Intentalo and that’s when the magic happened.

What were your musical influences growing up?

CHECK OUT:  Pico De Gallo y Frijoles Charros to Wow at Your Next Fiesta
Powered by Inline Related Posts

As a Sinaloense, I grew up listening to Banda and Mexican Regional music.  My family is also very musically inclined.  They aren’t professionals in the business, but they definitely have musical talents.  I just decided to take it to a different level and make music for everyone, so here I am.

Once I found out a little bit about her musical background, I moved on to ask her about her   collaboration with Verizon and the My Fabulous Quince expos, along with a few other tidbits.

Because of America’s ease and musical talent, she’s definitely gained a new fan in me. 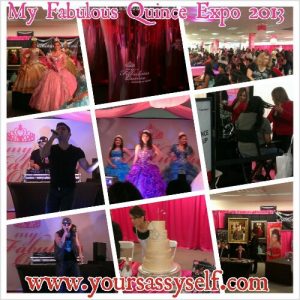 The My Fabulous Quince expo was a great success in my eyes.  Not only does it offer an opportunity to meet and mingle with local vendors and learn how Verizon’s 4GLTE network can help keep parents organized through the planning process, but Verizon’s commitment to offering not only an all expense paid celebration, but education through the various scholarships included in their prizes, is definitely something to be proud of.  I look forward to attending next year’s expo and learning what new technology and talent Verizon will bring.

Disclosure:  I was not compensated for this post but Verizon provided media access to America Sierra.  However, all views and opinions expressed are strictly my own.  Spanish to English translations for my interview with America were paraphrased as best as possible.

Lets Connect
Rocio Chavez
Digital Content Creator & Multimedia Designer at Your Sassy Self
I'm a Mexican-American, Sassy, Bilingual, Professional Woman with a passion for life long learning, sharing, and living my best life. I'm the founder and digital content creator for Your Sassy Self and work full time as a Multimedia Designer. Let's connect and see how we can change the world...or at least change our perspective of it. 😉
Lets Connect
Latest posts by Rocio Chavez (see all)
CHECK OUT:  LALA® Yogurt Smoothies - Packed With Real Fruit & Protein
Powered by Inline Related Posts