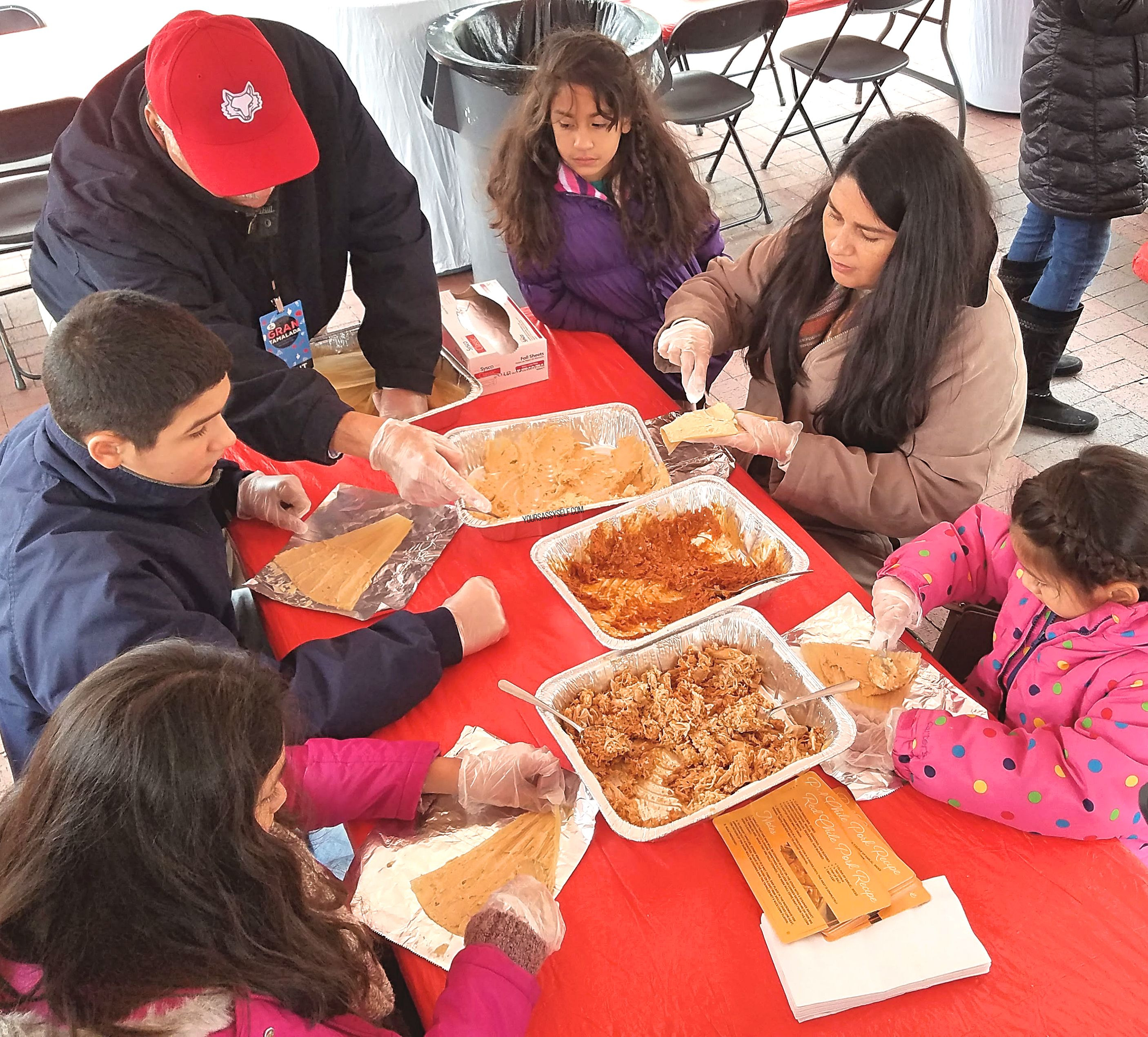 Mmm, it’s tamalada season.  You can smell it in the air and see it across all social media posts.  If you didn’t grow up in a Hispanic family or live near one, you may not have even heard of this time-honored Holiday tradition. Heck you may not even have seen or tasted a tamale, which is the reason for tamalada season.  So let’s get you caught up. 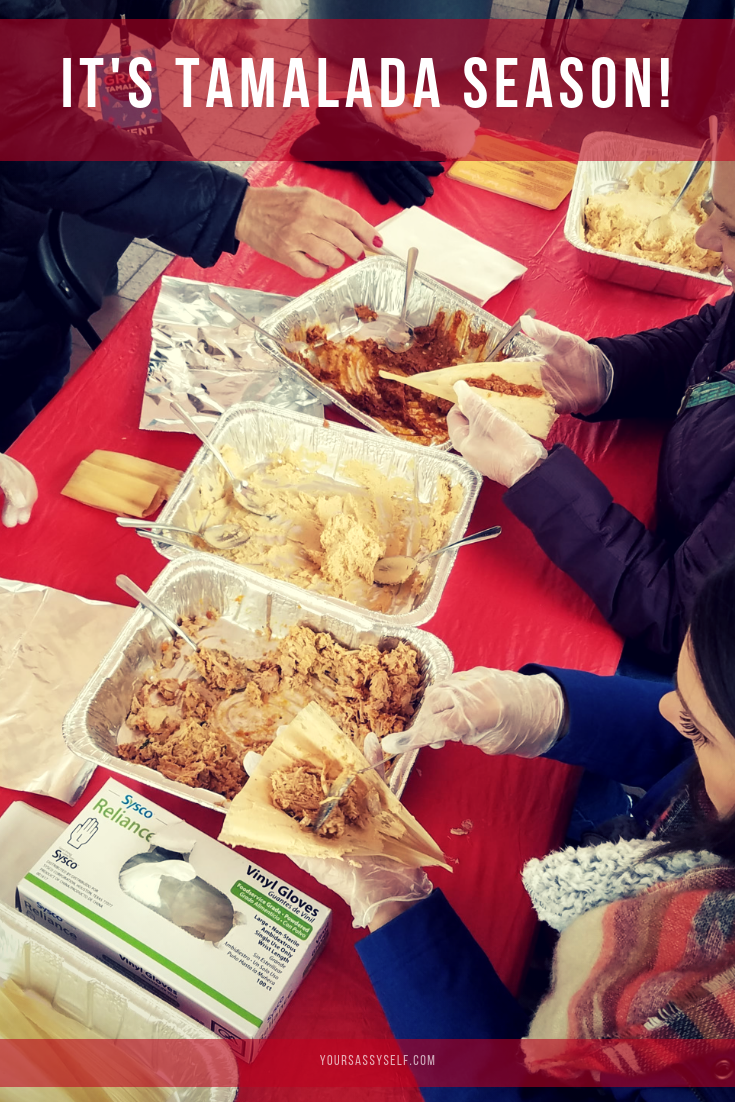 What is a tamale?

If you’ve never seen or tasted a tamale, you’re missing out on masa (corn dough), filled with just about anything from savory to sweet, wrapped in a corn husk or banana leaf.  We grew up enjoying savory fillings, so our tamales are generally filled with beans, chicken, pork, or cheese, with an occasional jalapeño or two, and wrapped in a corn husk. They’re so good, but the whole process is time-consuming and exhausting.  That is why tamaladas were created. 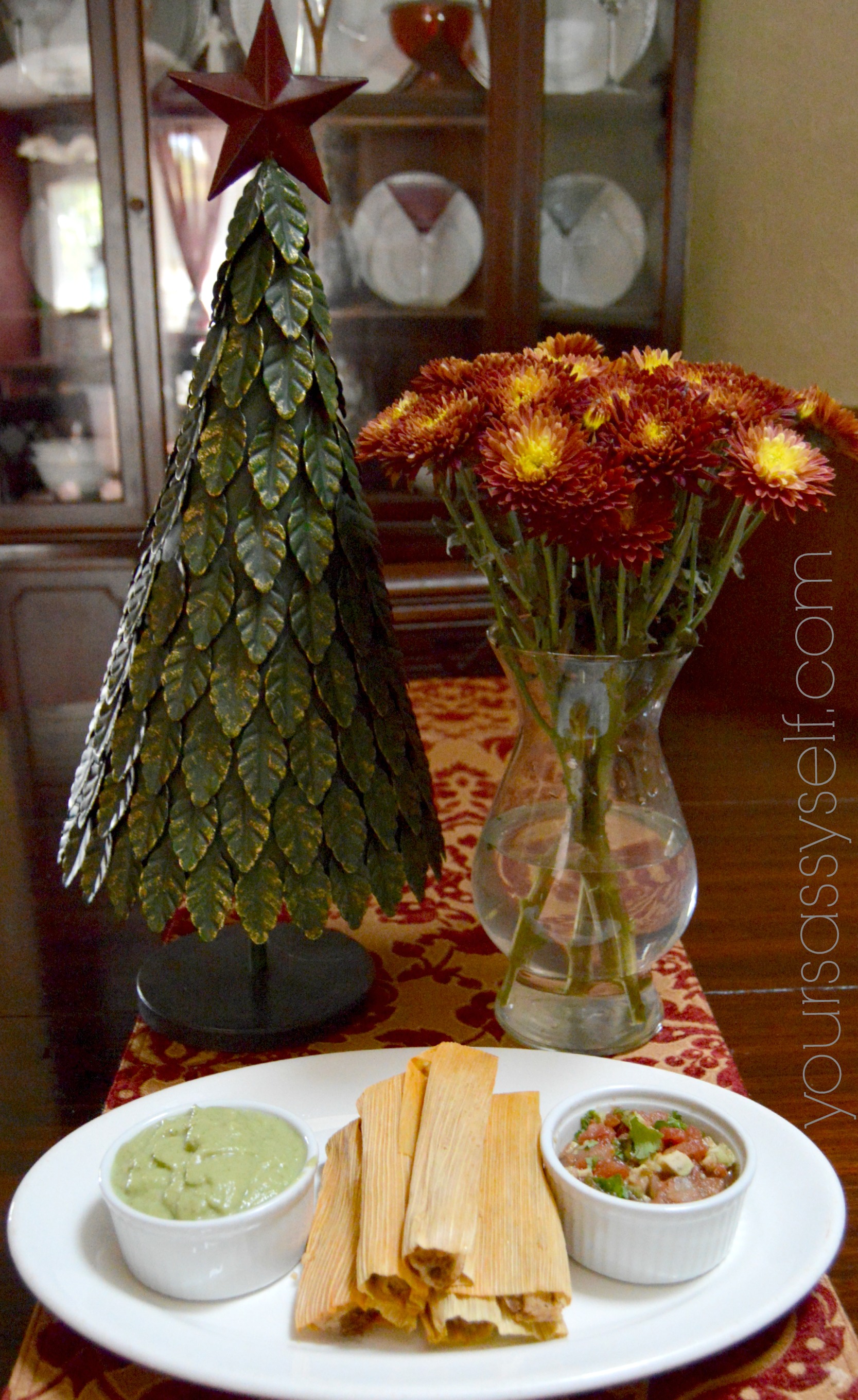 What is a Tamalada?

A tamalada is a time-honored tradition where the family elder not only gets to pass on the art of tamale making, but it also gives them some much-needed man power to complete the dozens and dozens of tamales needed to get through the Holiday season.  Plus it also allows time for everyone to catch up and spill the family chisme (tea). The beauty is that everyone can get involved, from young to old.  There’s a job for everyone.  From kneading the masa, to cooking the filling(s), to preparing the husks (submerging them in hot water until they’re pliable), to getting your hands dirty in the tamale-making assembly line.

CHECK OUT:  Splashtown Review - Fun for Everyone!
Powered by Inline Related Posts

In our family my Mom generally handled the cooking of the fillings and the kneading of the masa.  Unfortunately most of her recipes require a handful of this and a pinch of that.  So if you’re curious about how to make these yourself, I’m including recipe cards I received at this year’s La Gran Tamalada. 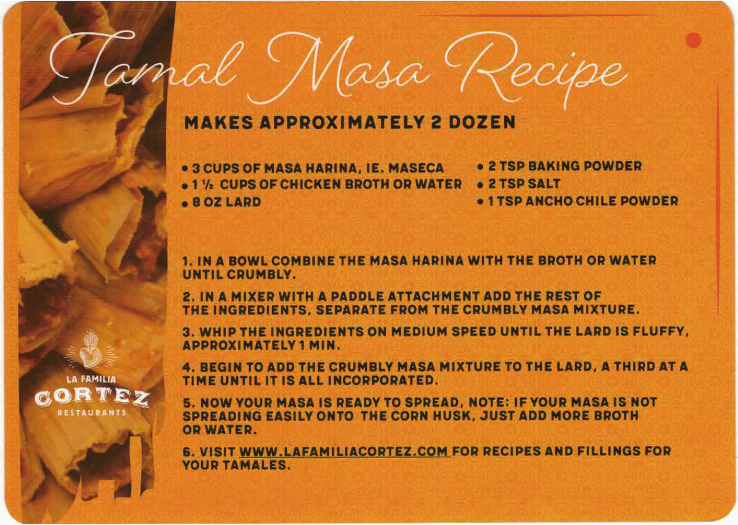 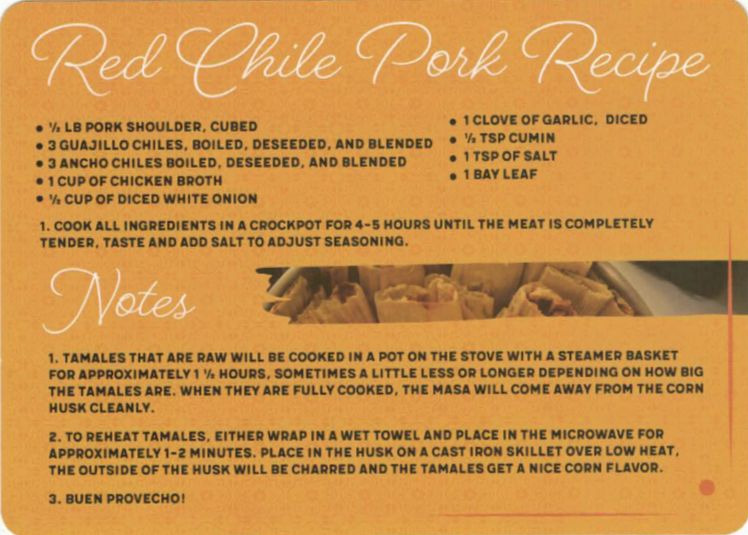 Once the masa has been kneaded and the fillings cooked to perfection, it’s time to get all hands on deck.  This is where your tamalada crew comes in.  You’ll need several to help you spread the masa on the smooth side of the corn husks.  You’ll need 1-2 to add the fillings, and 1-2 to wrap them close and place in the olla (steam pot). Here’s a quick glimpse of the process from Alma, at this year’s La Gran Tamalada.

As time has passed and tamales have become more popular and readily available through out the year, traditional tamaladas are a thing of the past for our family. Now we order them. Gasp, I know. But while we no longer break our backs or get down and dirty with the tamale making process, we still make time for the family togetherness associated with traditional tamaladas.  Now, we simply spend the time around the table eating the tamales, rather than making them.  Win. Win.

Do you still do tamaladas? What’s your favorite Christmas meal?

Lets Connect
Rocio Chavez
Digital Content Creator & Multimedia Designer at Your Sassy Self
I'm a Mexican-American, Sassy, Bilingual, Professional Woman with a passion for life long learning, sharing, and living my best life. I'm the founder and digital content creator for Your Sassy Self and work full time as a Multimedia Designer. Let's connect and see how we can change the world...or at least change our perspective of it. 😉
Lets Connect
Latest posts by Rocio Chavez (see all)
CHECK OUT:  Easy Mexican Chicken Enchiladas En Salsa Verde
Powered by Inline Related Posts