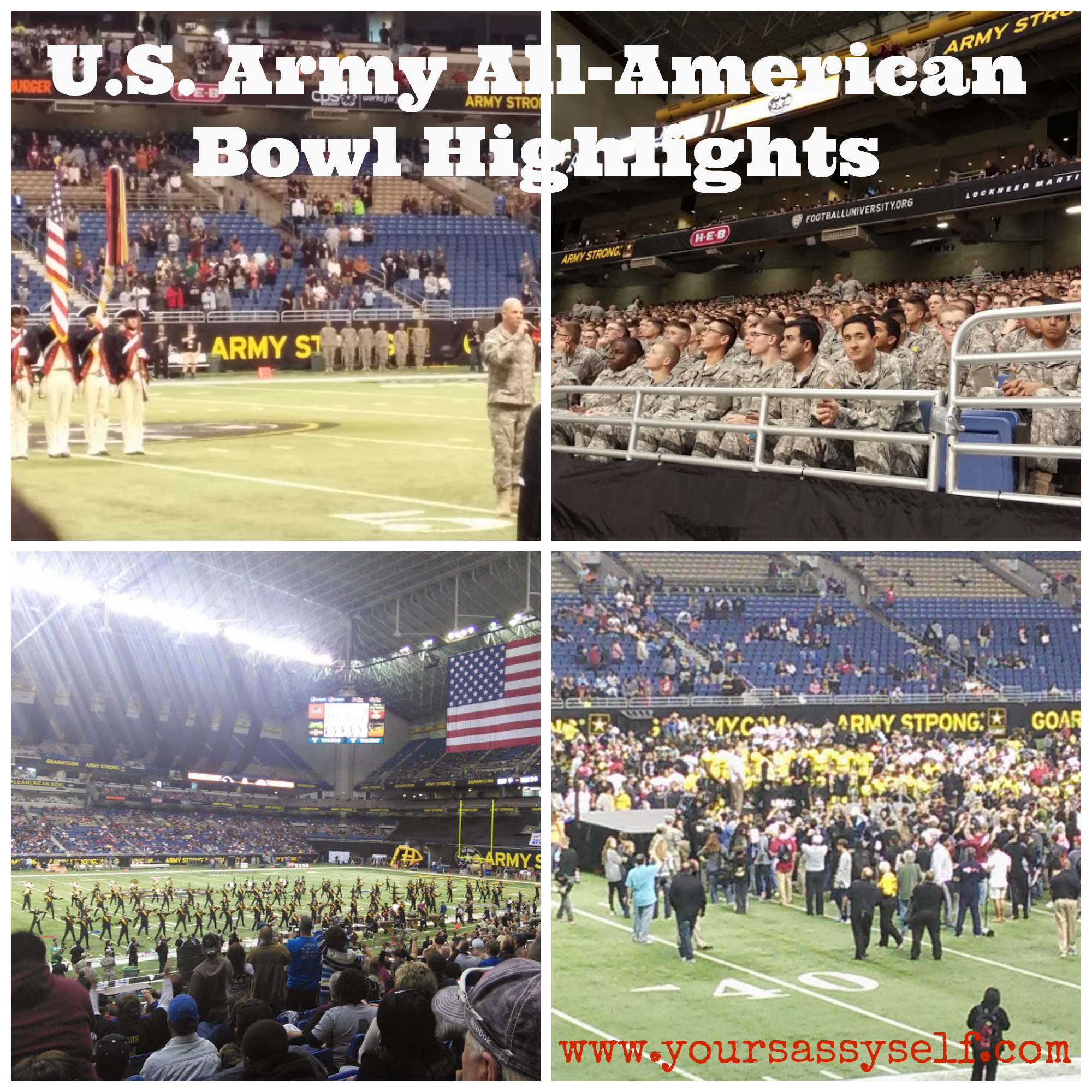 Disclosure:  I was not compensated for this post, but I was provided a pair of tickets and media access to the U.S. Army All-American Bowl and the 2014 Awards Show.  However, all views and opinions expressed are strictly my own.

I was then escorted into the beautiful Lila Cockrell Theatre, where I found current and past military members mingled with proud families, friends and coaches, ready to cheer on all this year’s bowl nominees.  It was pretty cool to see one after the other go on stage to receive their awards.  It was also pretty cool to see military members and the likes of Anthony Muñoz and Rod Woodson help present the awards. 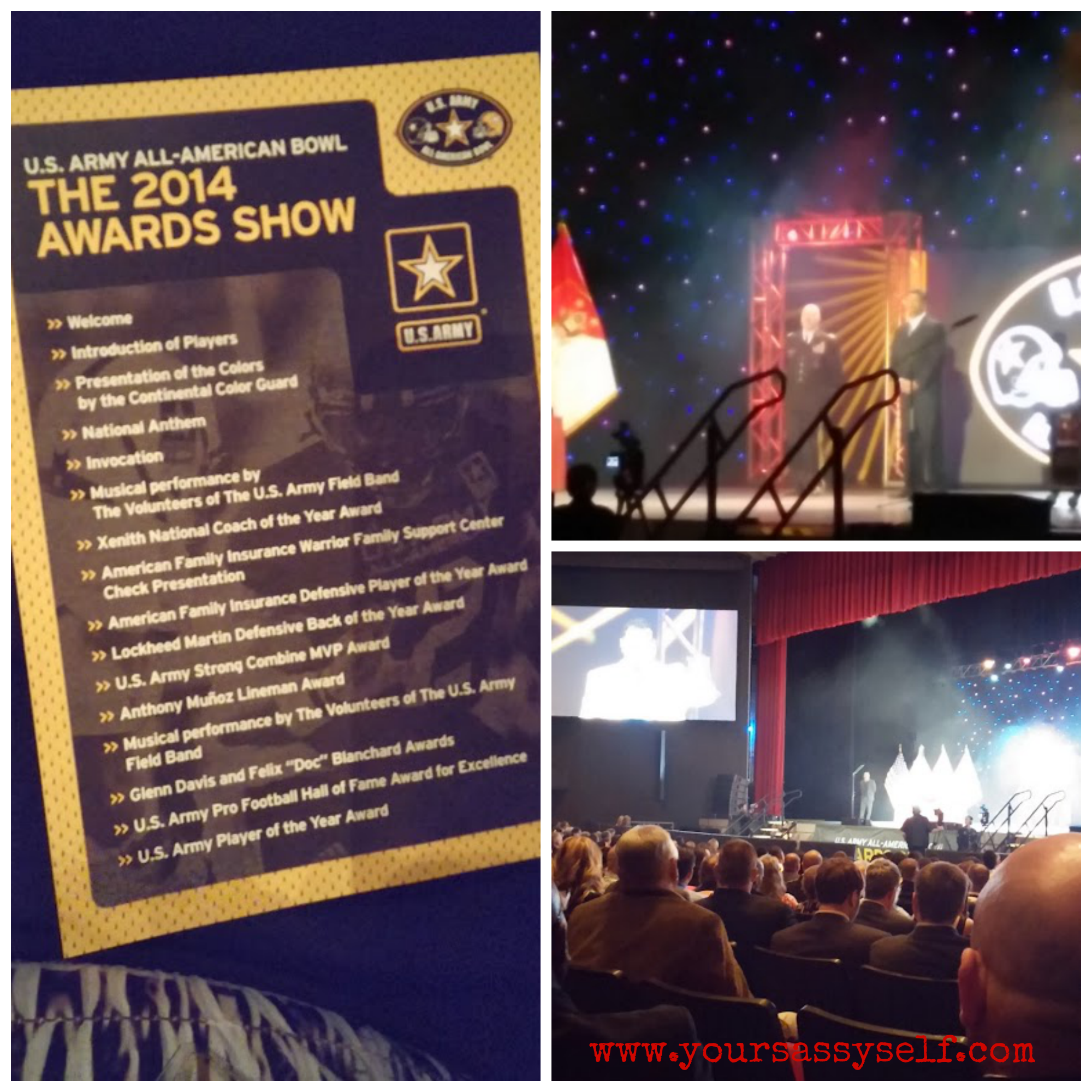 Anthony Muñoz was there to present the Anthony Muñoz Lineman Award to DL, Solomon Thomas, Coppell High School (Coppell, TX), while Rod Woodson served as the keynote speaker, where education was the main focus.  He basically reminded the football players that less than 10% of the them would actually make it into the NFL and lasting longer than 4 years in the league was not the norm, so they should take advantage of any and all educational opportunities that come their way.  He then went on to present the U.S. Army Pro Football Hall of Fame Award of Excellence to Andrew Way, Conner High School (Hebron, Kentucky).

CHECK OUT:  You Never Know Who You'll Meet at Hispanicize
Powered by Inline Related Posts

All in all it was a great night, where I learned that the military provides more money for education than any other institution.  This theme carried on the following morning when I met 1st LT Sandra D. Richards at the U.S. Army All-American Bowl.  LT Richards, an immigrant from Panama, was married to a service member when she joined in 1994 and received her citizenship. 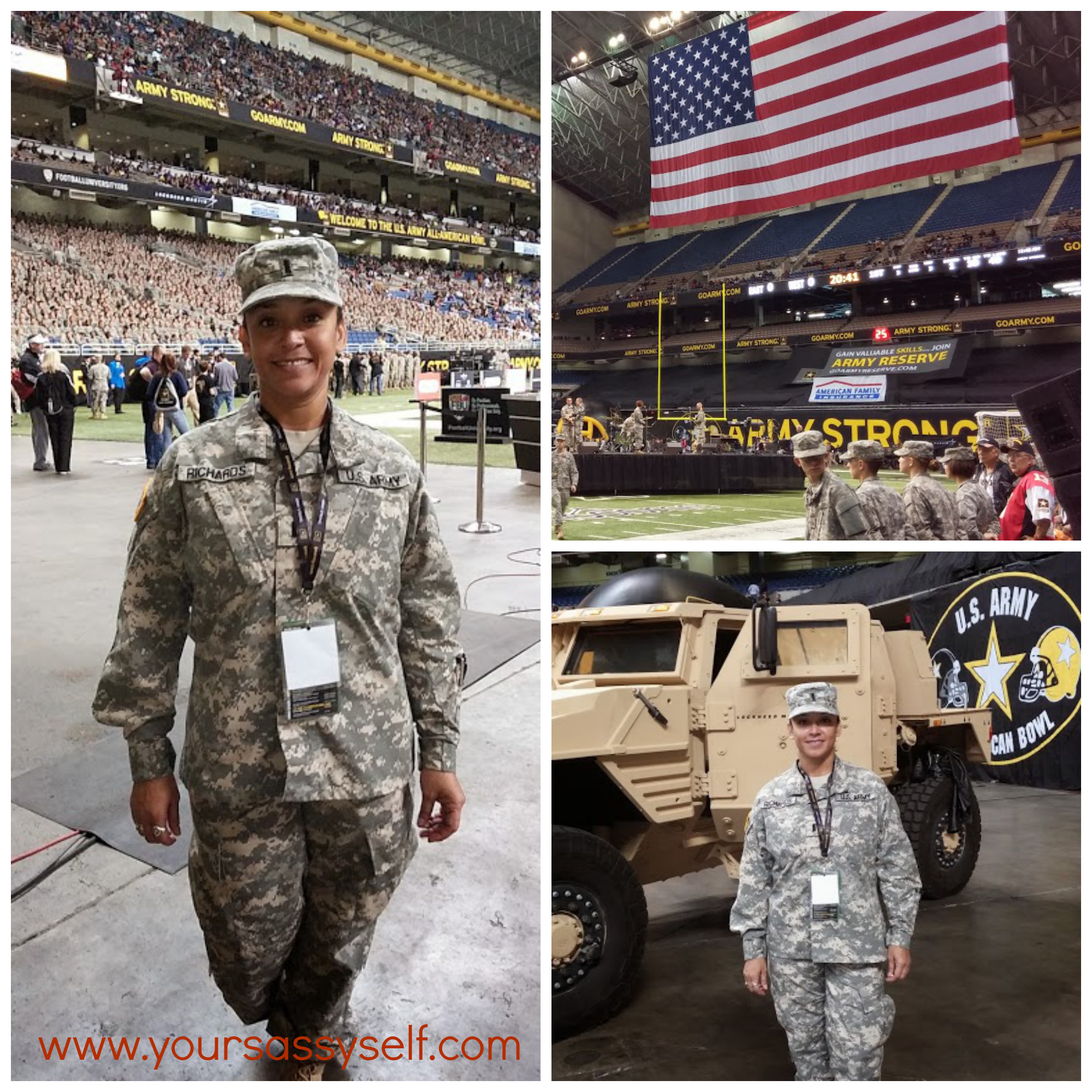 When I asked why she joined the military she stated the two main reasons she joined the military was to get her education and the other was to travel around the world; both of which she believed would be easiest to do as part of the military.  Dicho y hecho as they say in Spanish (Said and done).  LT Richards received her BS from the University of Texas at San Antonio and was able to travel to Korea and Afghanistan.  Since joining she’s become part of the reserves, got commissioned in 2010 and is now a Public Affairs Officer.  She stated that she relishes this role more because she gets to be out and about meeting people.  Her role at the Bowl was to handle the the print side of media (articles/photos). When asked what advice she’d give to others trying to follow in her footsteps she stated that she would encourage everyone to first and foremost get an education, be ready to prove yourself and enjoy the structure and experiences the military offers because the leadership skills gained are priceless.  With that we parted ways and I took my seat to enjoy the Bowl, which pits the best East and West high school players against each other.

I had a blast watching our next generation and their families take strides toward achieving the American dream. Many of the football players made their college selections between plays as the West beat the East 28 to 6.  Here’s hoping they become all they can be in their educational aspirations, as well as their professional football dreams.

What did you do with your first weekend of 2014?