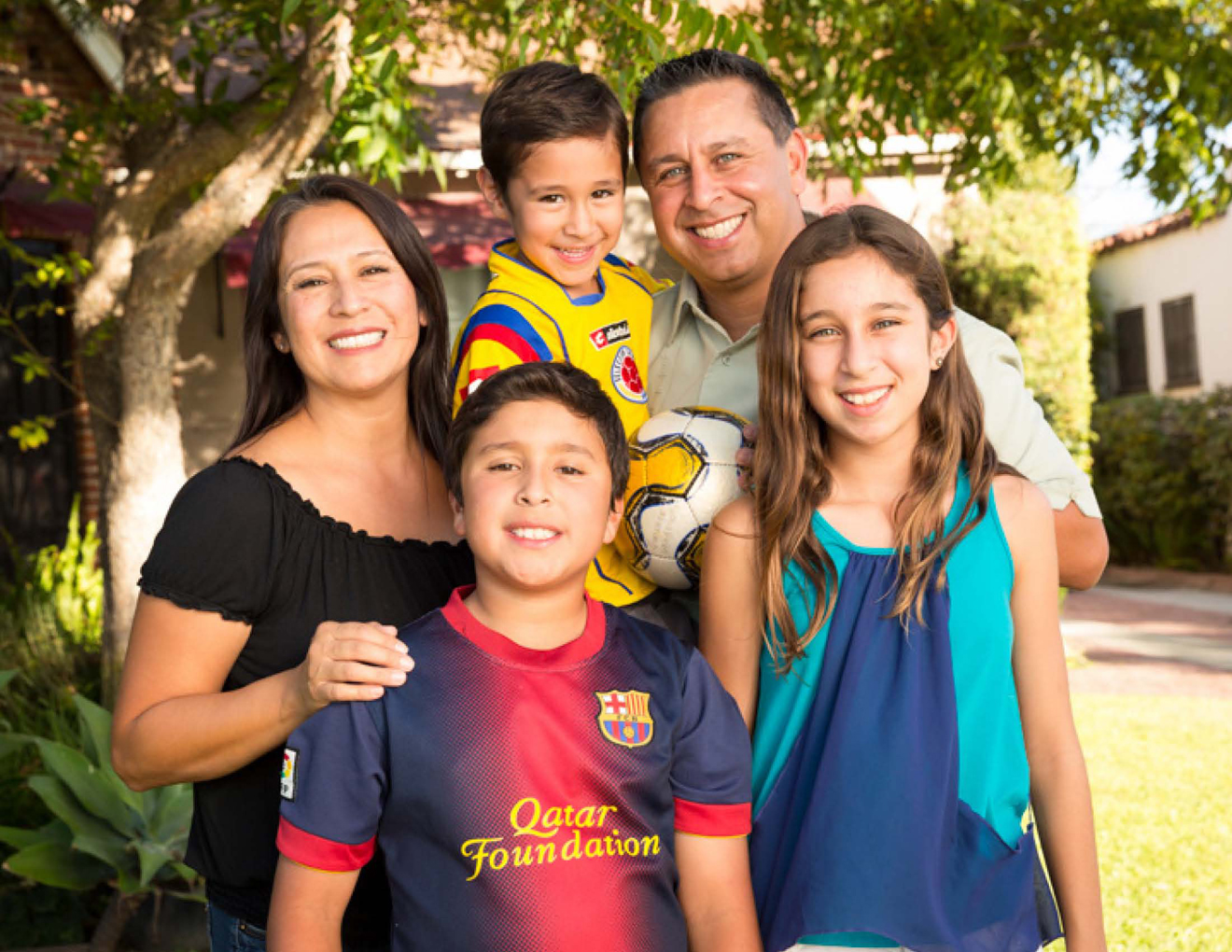 Disclosure:  This is a compensated campaign in collaboration with Johnson & Johnson and Latina Bloggers Connect. However, all statements and opinions are my own.

It’s funny, I never really thought about what makes La Familia de Hoy (Modern Family) until I heard about the campaign Johnson & Johnson and Univision launched to find an authentic, modern and active family to be named just that.

The notion took me back.  Like many first generation households, my beginnings were humble, rooted in cultural norms and traditional values, in pursuit of the American dream.  We began as migrants, working the fields, but soon settled in the Rio Grande Valley of Texas where most of our relatives lived.  That is where my Father decided to build our house on the same street his sister and brother built on, making family gatherings an everyday occurrence.  Carne asadas (BBQs) and pick up games were the norm, as they are for the Jiménez family, one of three families nominated to become the spokesfamily for Johnson & Johnson’s 2014 La Familia de Hoy.

While the other two families nominated each have compelling stories of their own, the Jiménez bio reminded me of my beginnings and I found it hard to vote for anyone but them.  Living within walking distance of your extended family is an added bonus, as family traditions are easier to pass on. I think that having such strong family ties early on, helps build the bonds needed for a lifetime of closeness.  Building strong foundations like these are the secret to being a fully functioning family during any time, regardless of any changes in societal norms or those brought on by technological advances.  Because I grew up in a similar situation, I know they are happily building the foundation needed to make them La Familia de Hoy, manana y siempre (Modern Family of today, tomorrow and always).

CHECK OUT:  I am Bold, I am Great, I am Blogalicious #letsgoplacesblogalicious
Powered by Inline Related Posts

But judge for yourself.  Log on to Univision.com to read about the three families and vote for who you think best captures La Familia de Hoy.  I know I did!

Who do you think is best fit to say they are La Familia de Hoy?