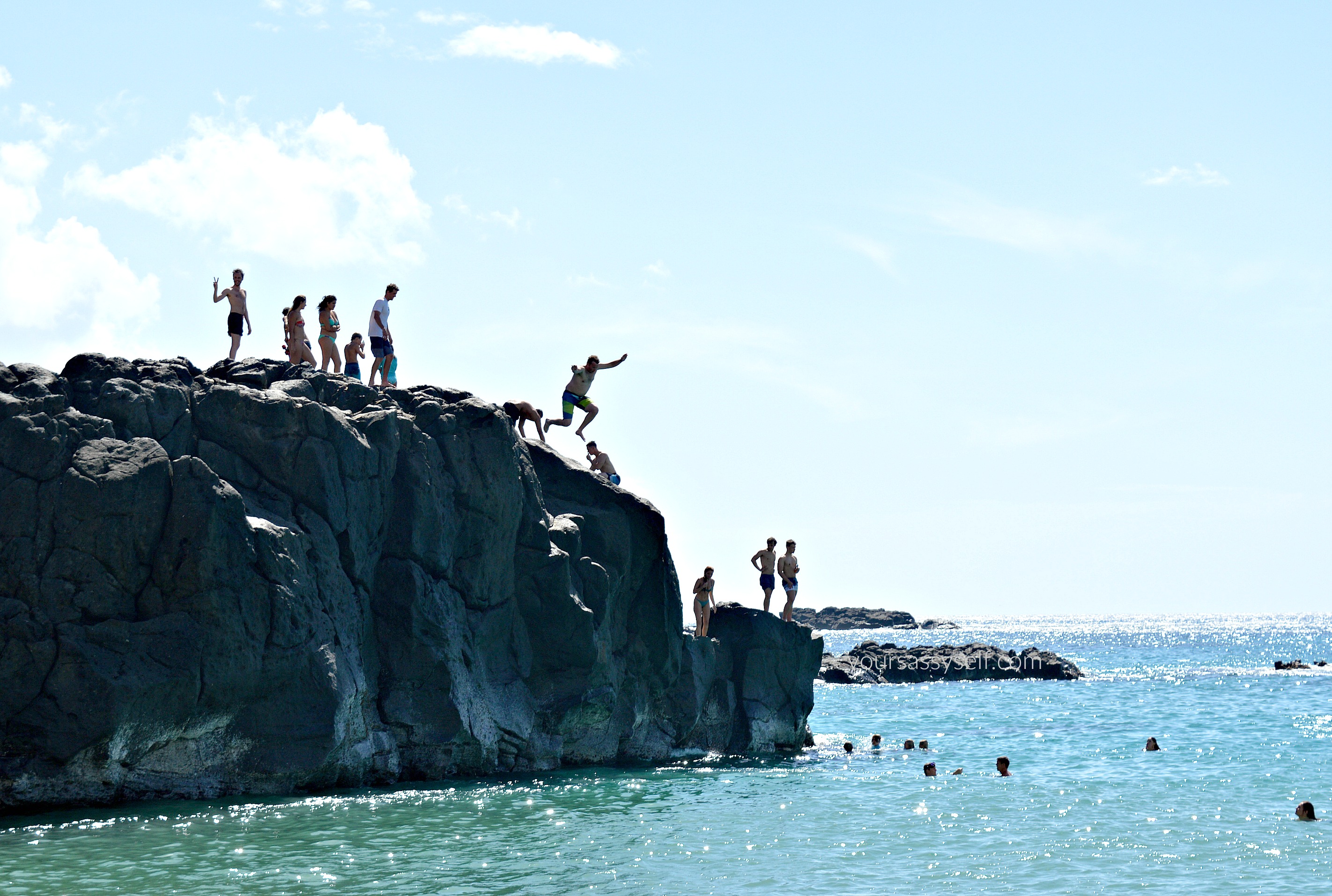 Visiting Hawaii is definitely a bucket list worthy feat.  But to keep yourself from just seeing the touristy haunts at Waikiki, please allow me to share some of the gems my friend took me to, and considers to be some of O‘ahu’s best beaches, coves and views.

I previously shared with you why I think you should visit Pearl Harbor, Hanauma Bay and Diamond Head.  Here are a few other spots I think you should add to your list, just don’t forget your water shoes and sunscreen.  Hawaii is beautiful, but it’s also sunny and rocky, so be prepared for mild hikes and climbs along the way.

Waikiki has everything you’ve ever imagined Hawaii to be. 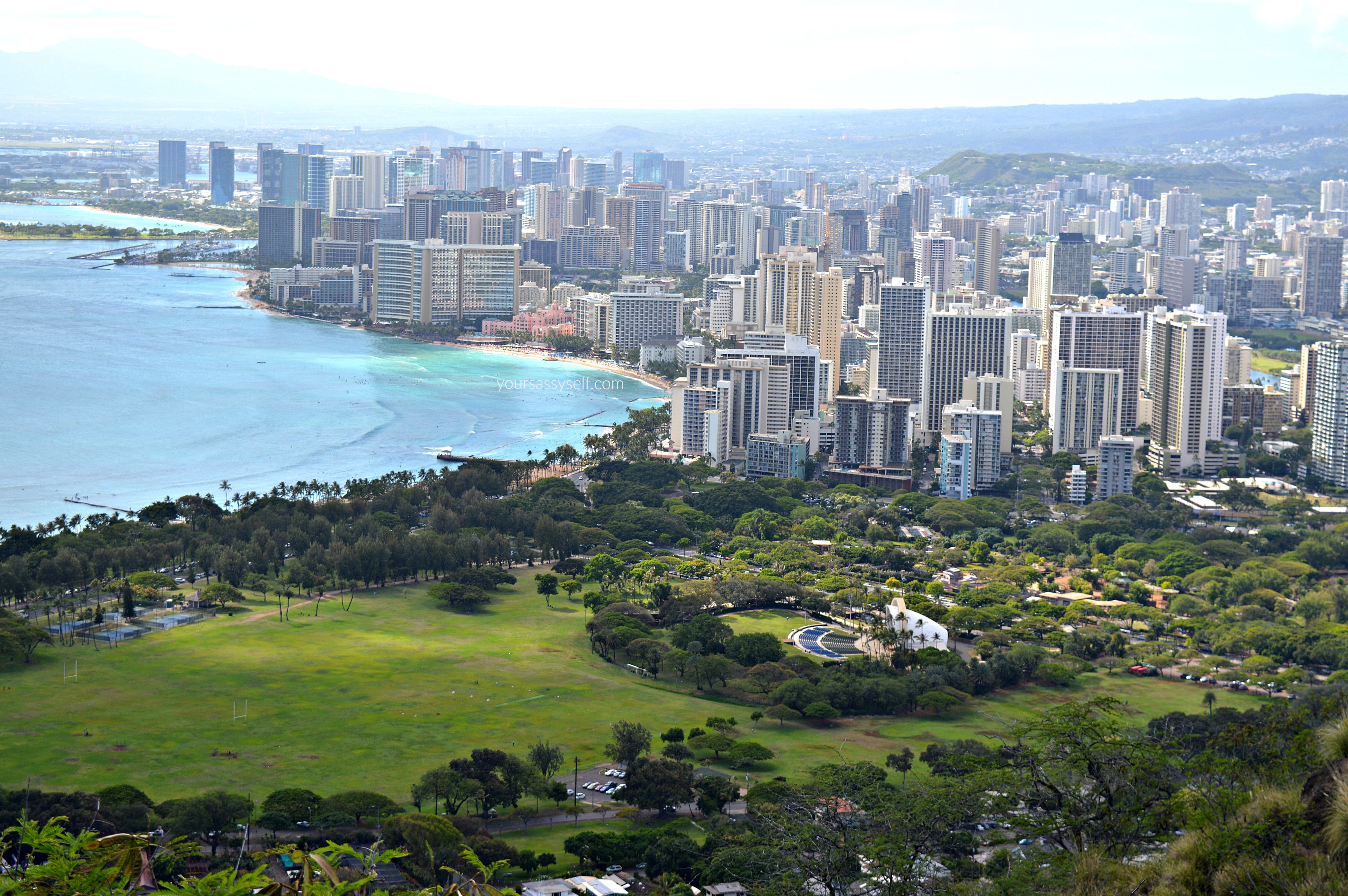 So if you just want to land, get to your hotel, and not venture too much, this is definitely the spot for you.  It has all the luxury hotels, eateries, and stores you’d expect from this island destination, and more. 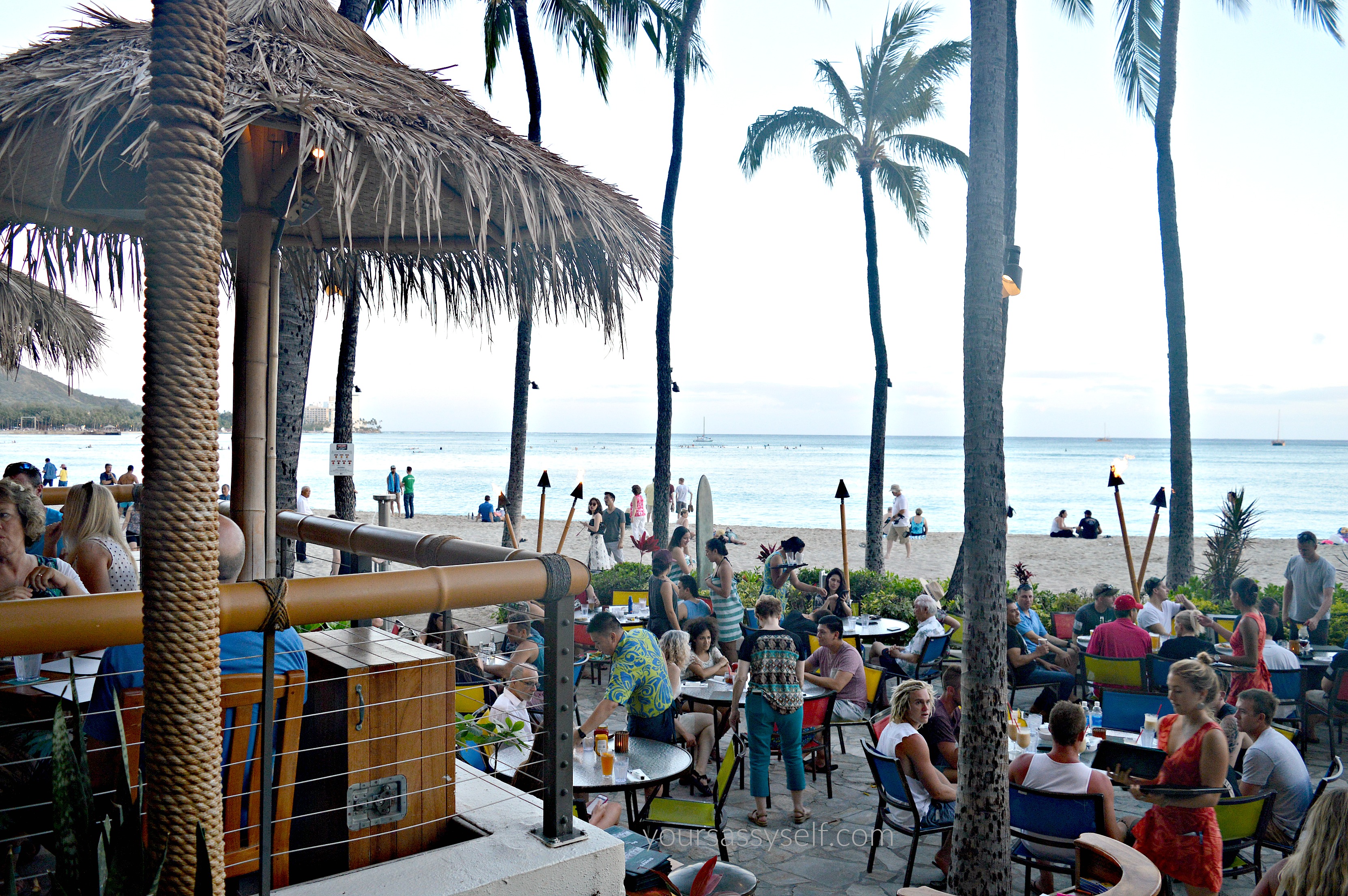 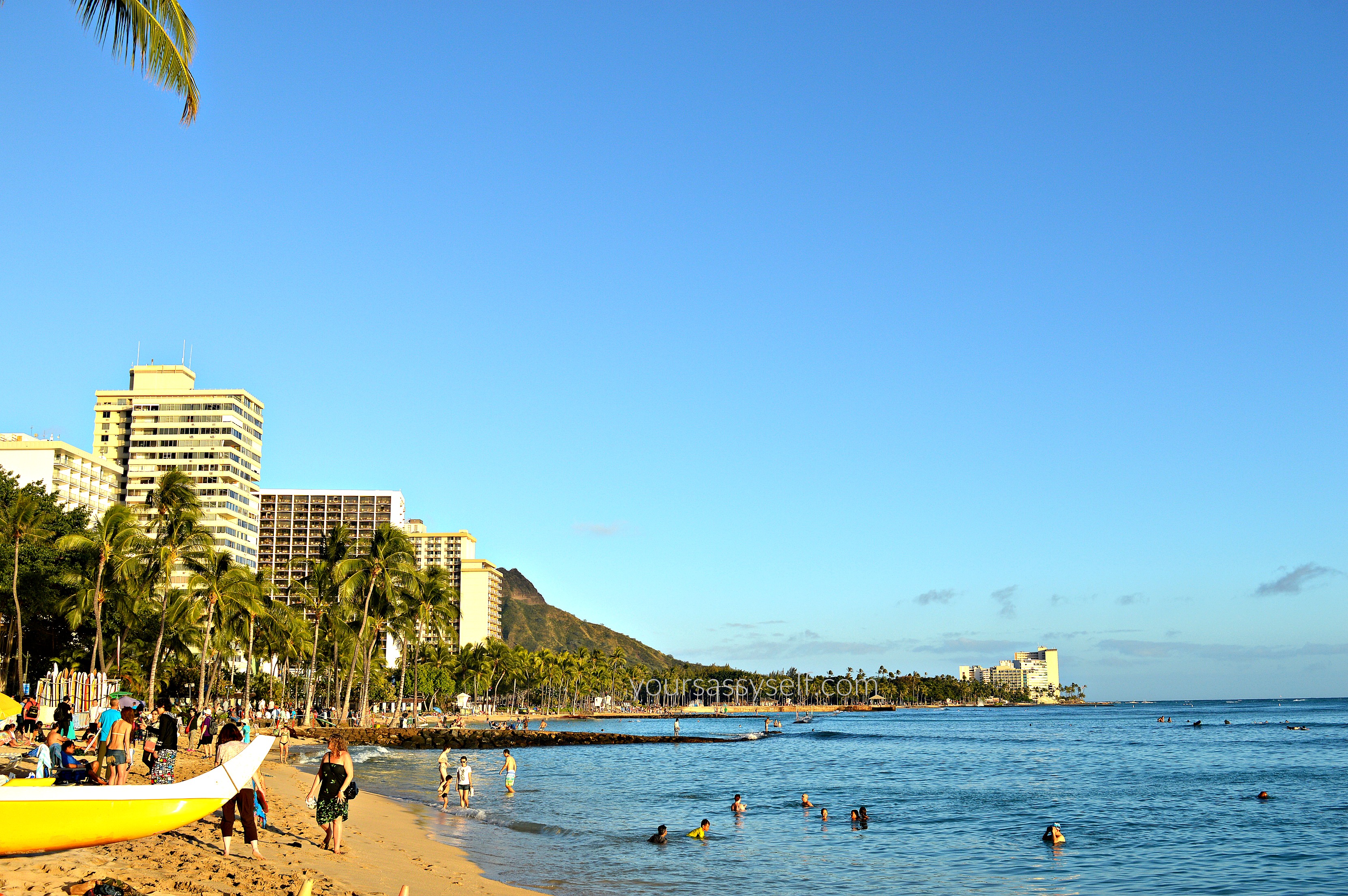 They have a nice beach and even offer local live entertainment at the Royal Hawaiian Center. 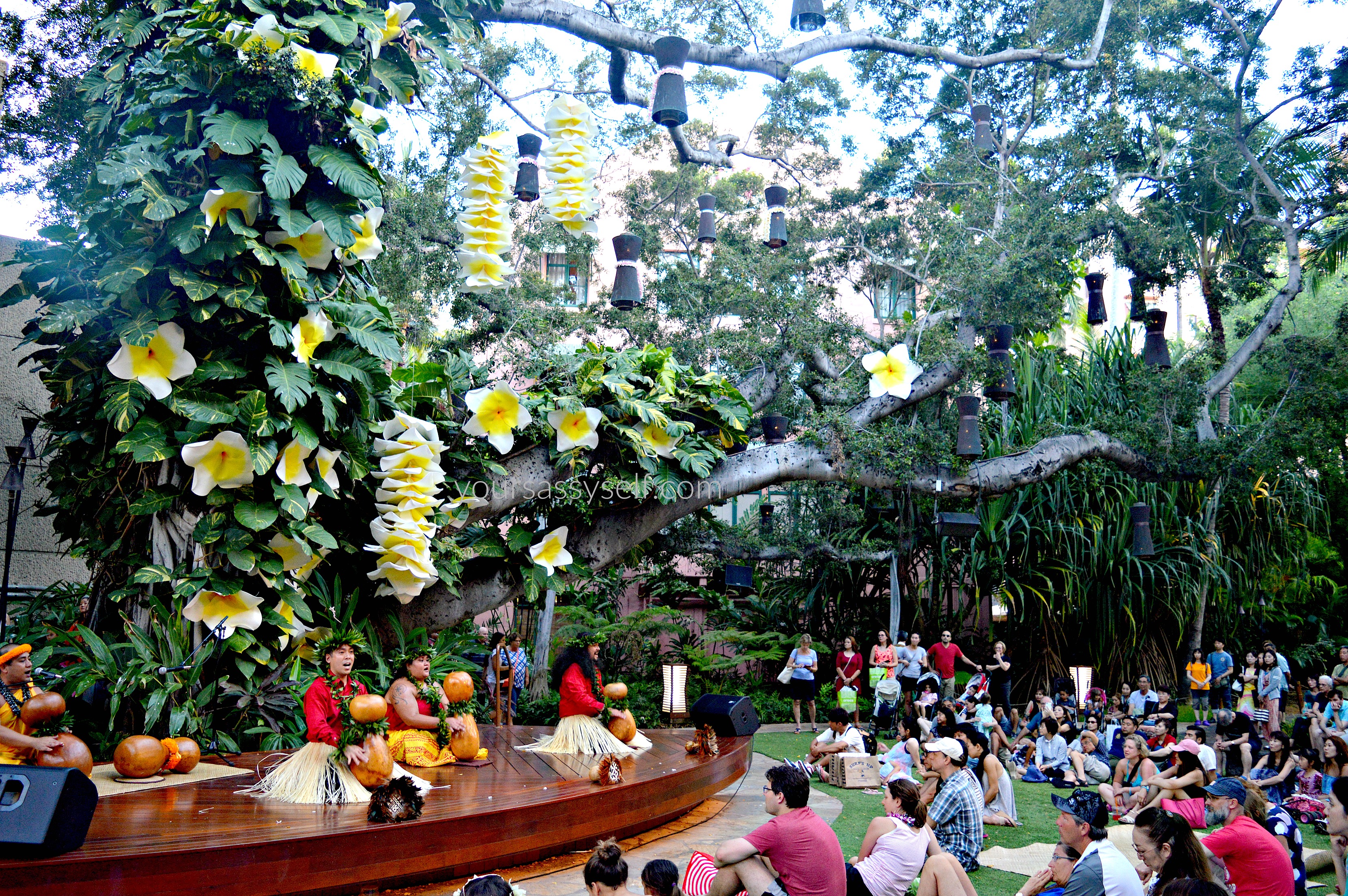 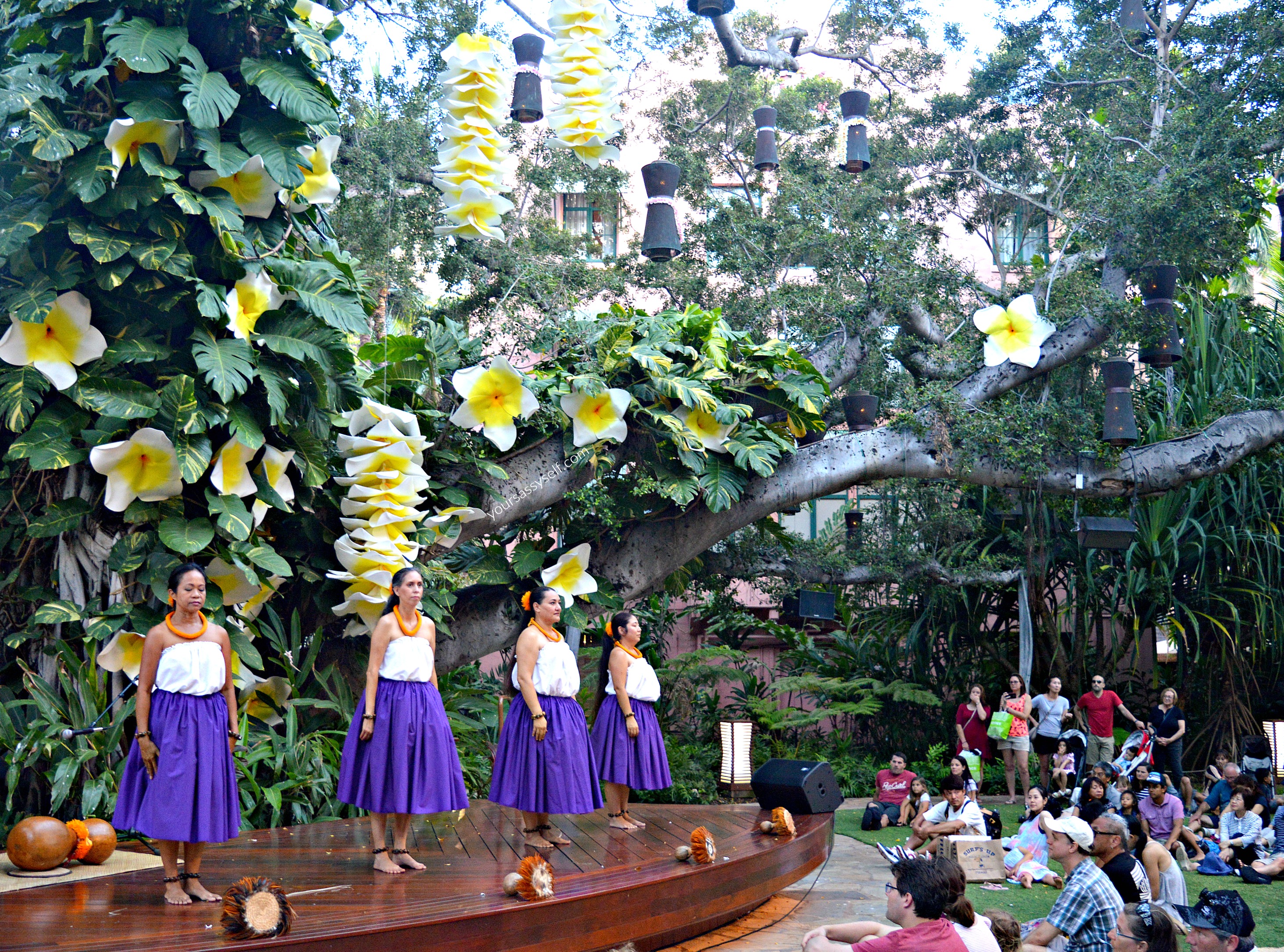 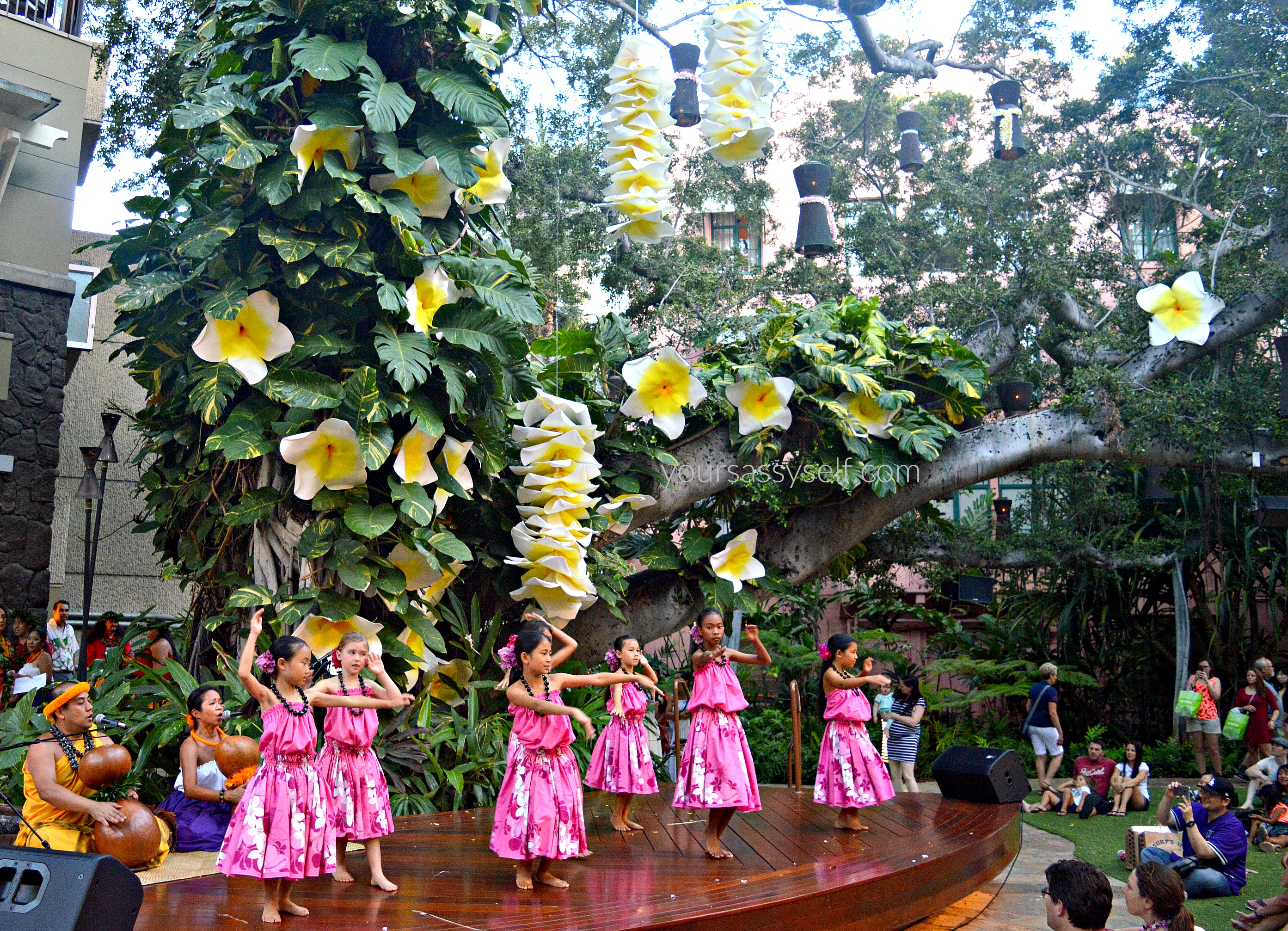 But if you have extra time and/or are open to public transportation or renting a car, then you definitely want to check these other spots out too.

If you don’t feel like venturing too far away from Waikiki, then Magic Island is a quite little cove waiting to be discovered by you. 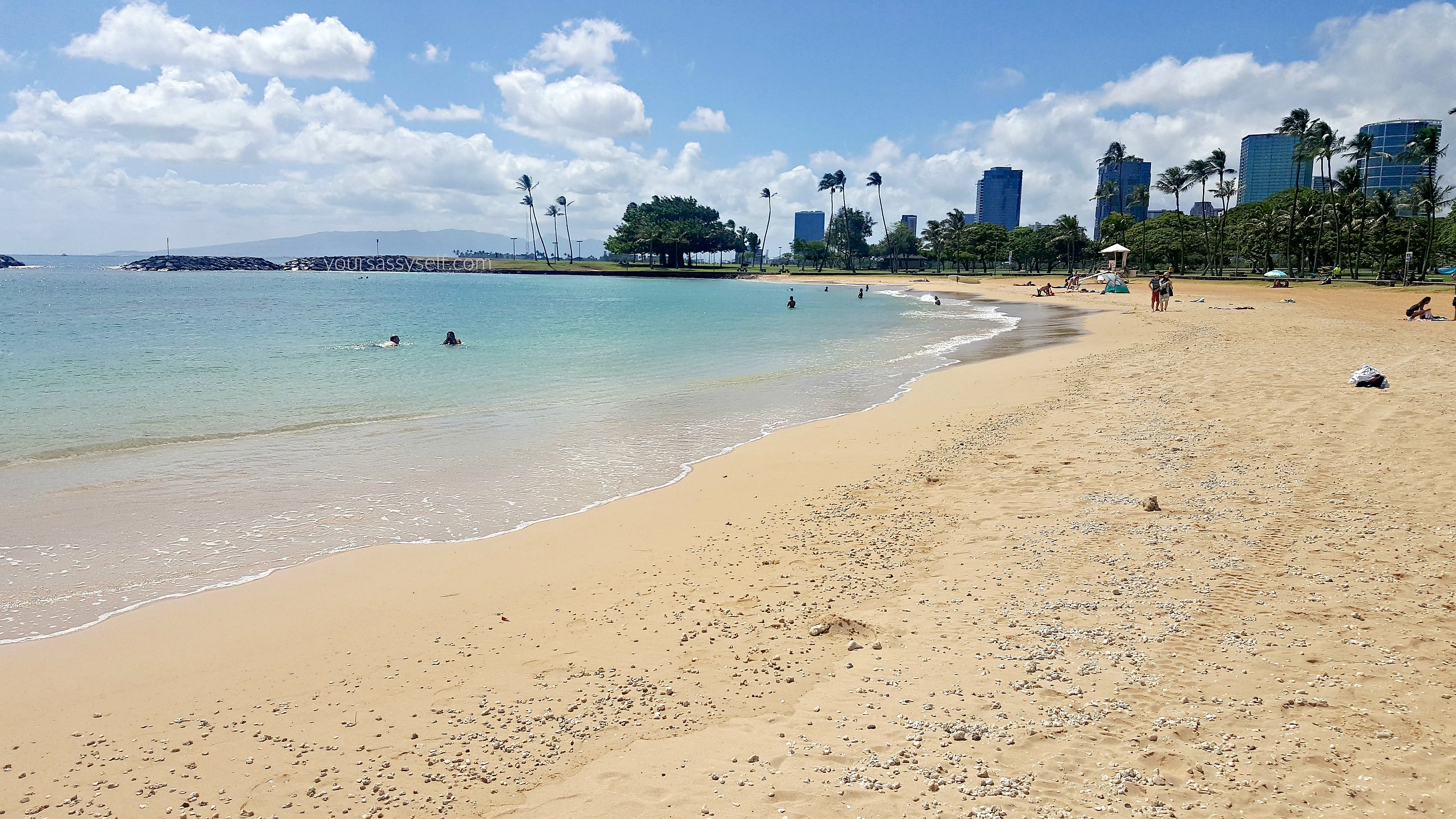 It’s a nice, quite beach that is calm thanks to the man made barriers keeping the waves from crashing on top of you. 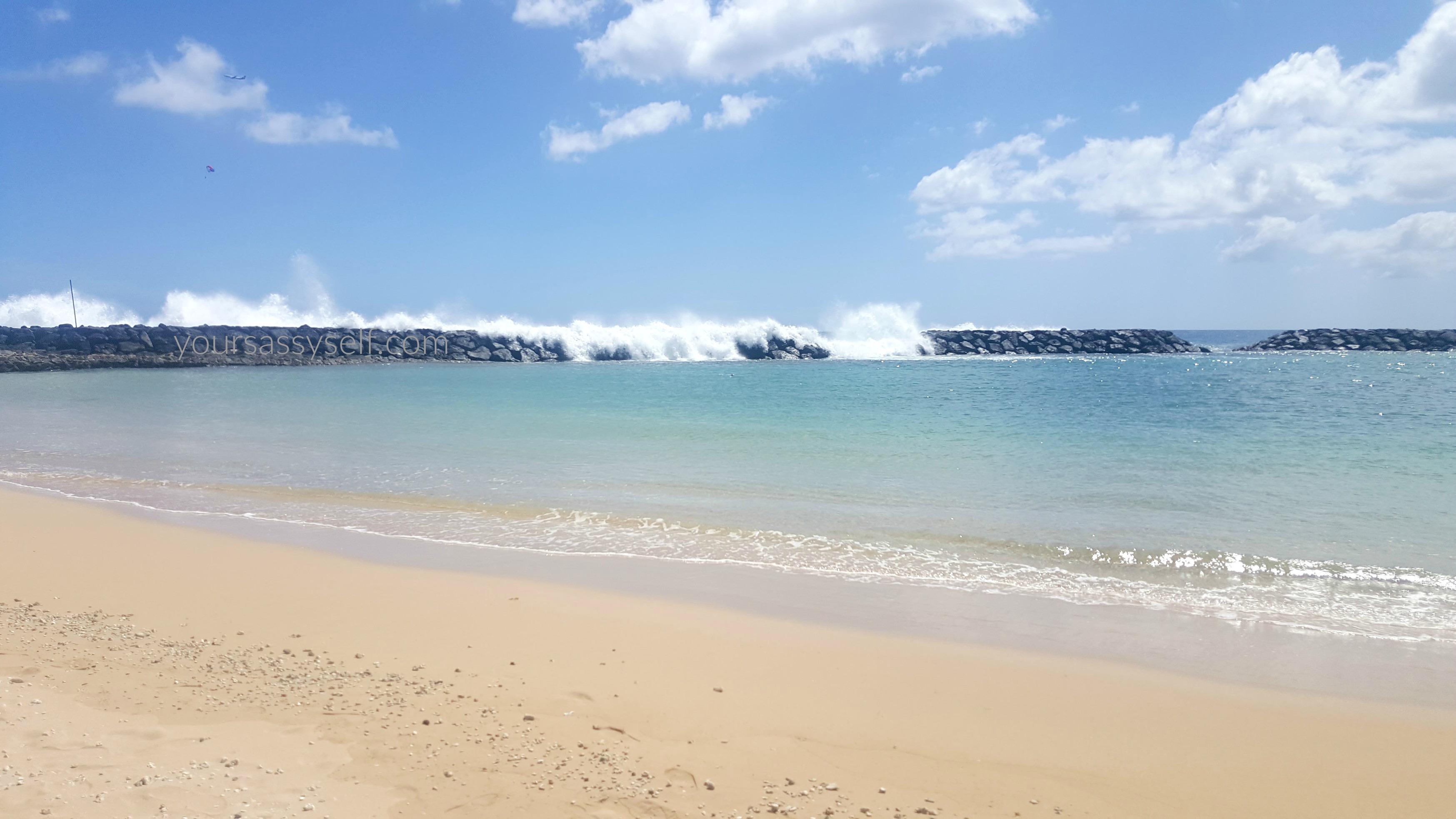 And don’t be surprised if you see photographers walking around, taking wedding photos or snapping surfers as they catch some waves. 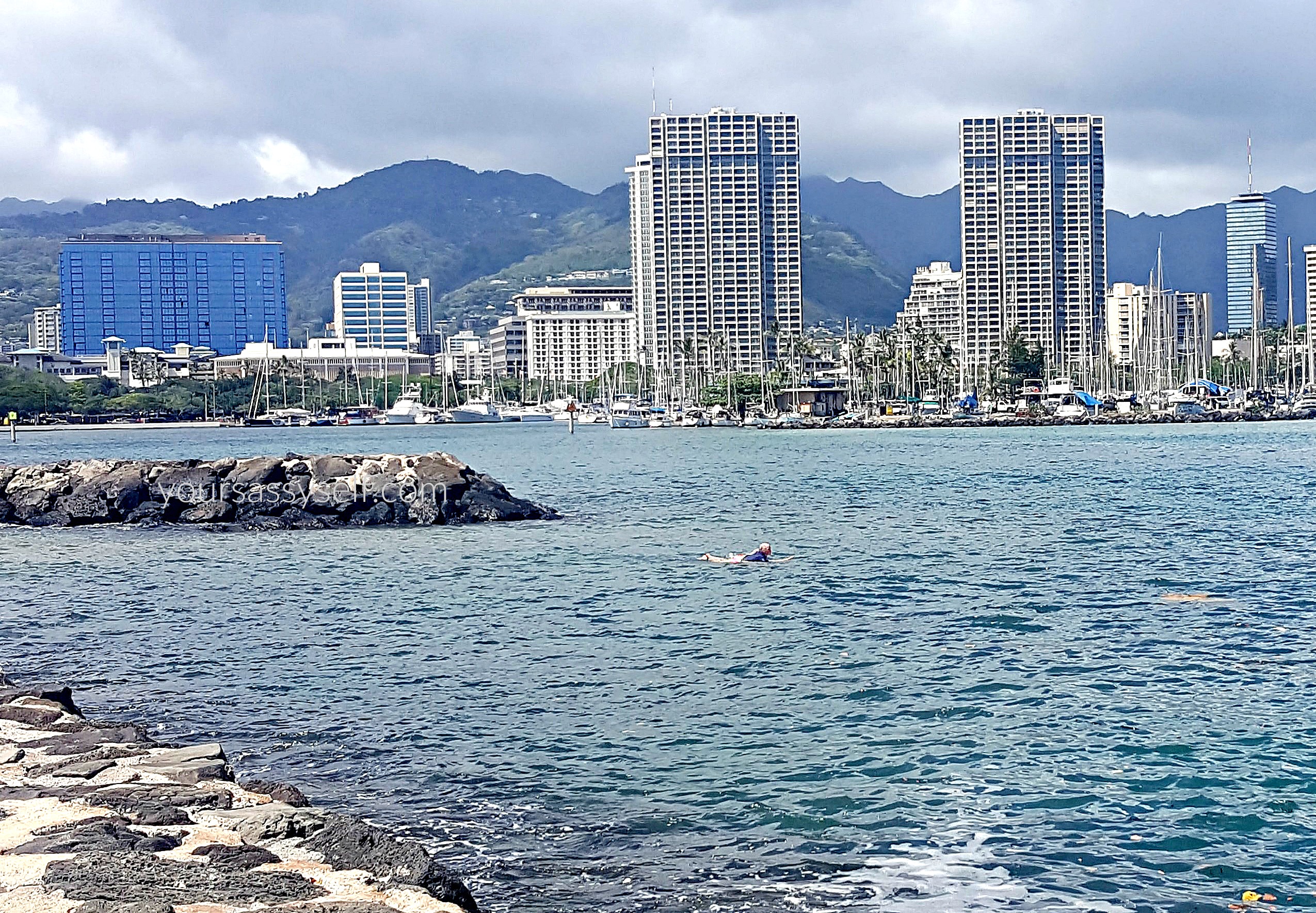 But do be ready to marvel at the view of Waikiki and Diamond Head from here. 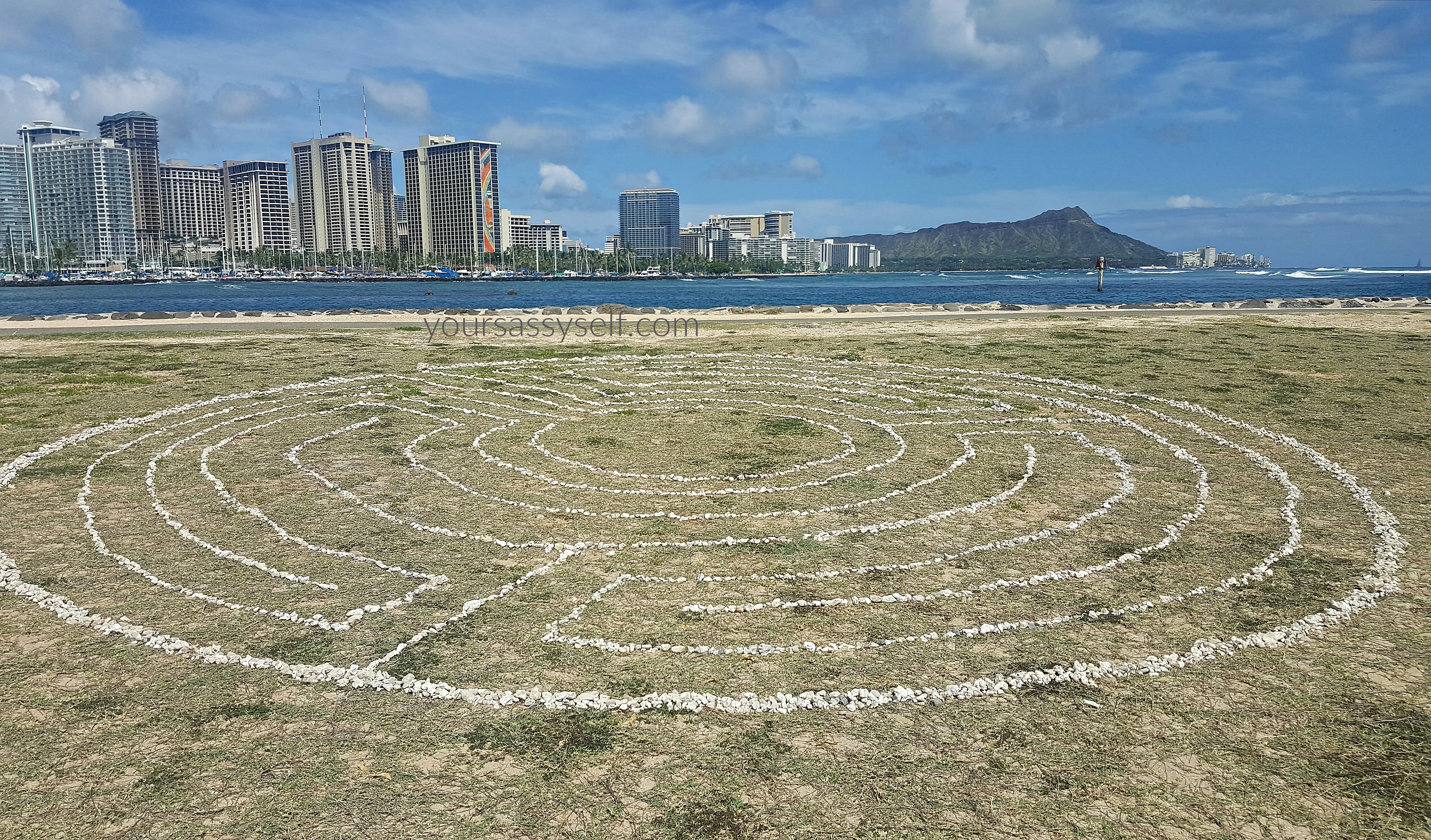 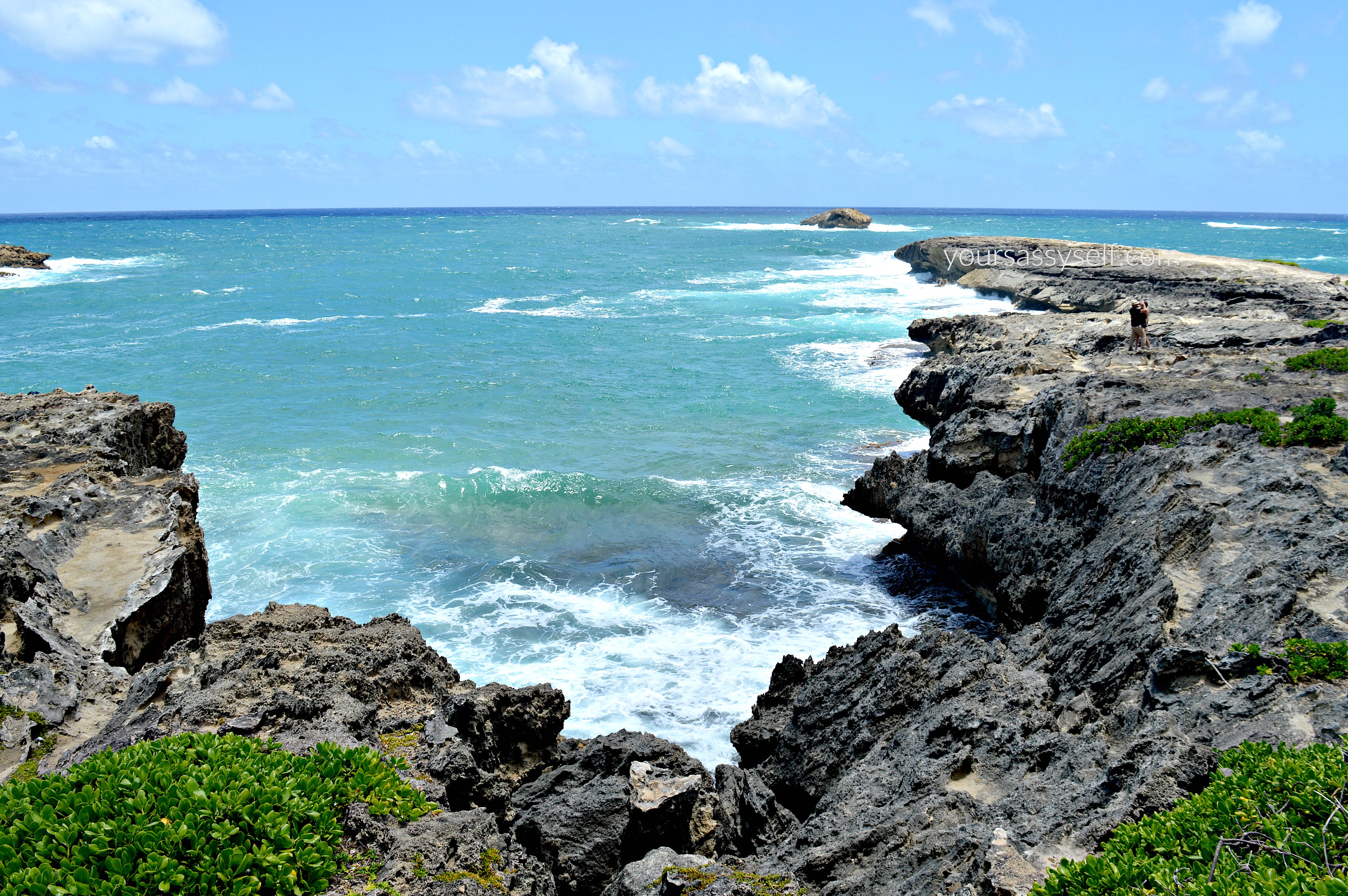 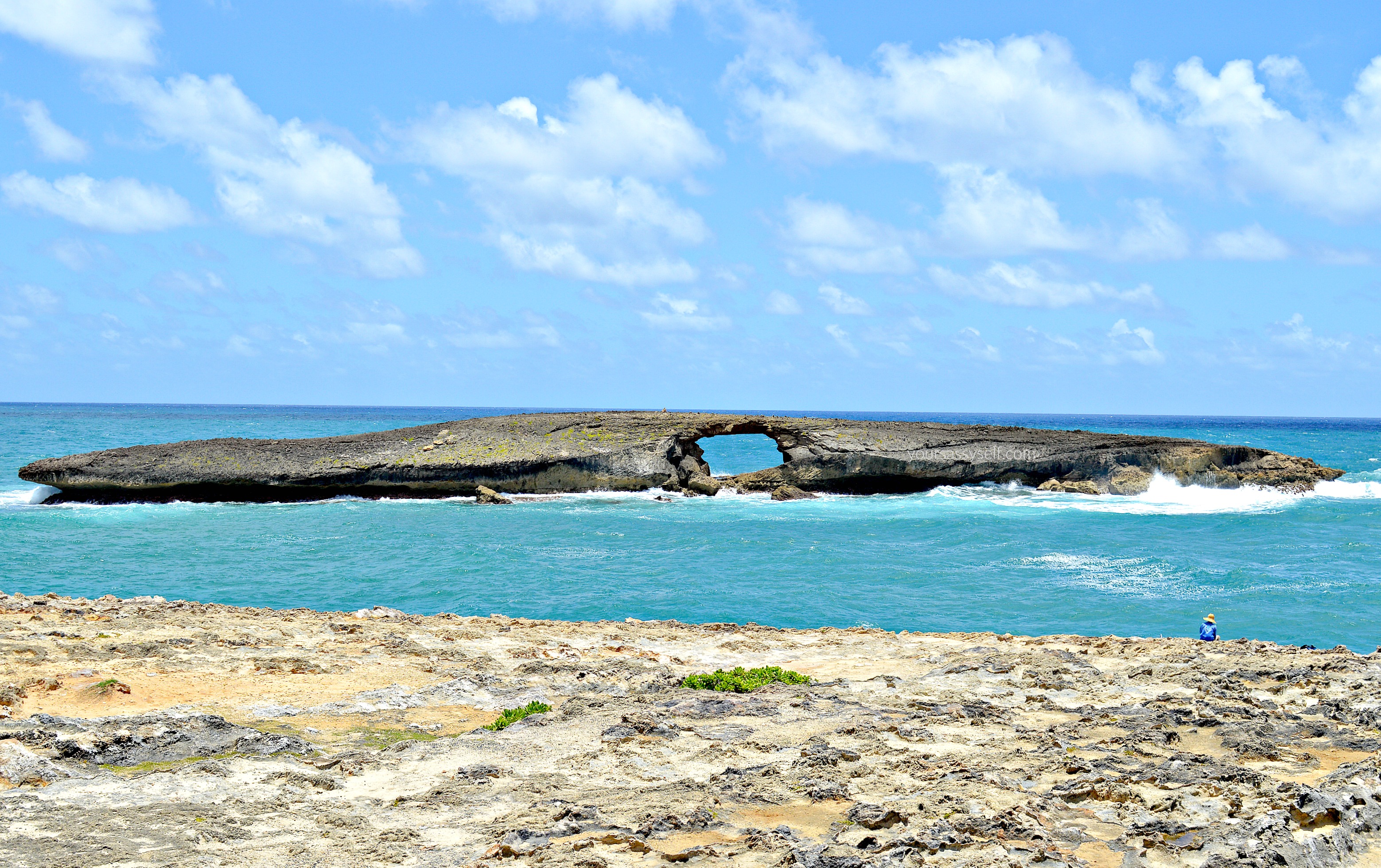 We only stopped in for a few minutes to take it all in and to take some fab pics, but as we were marveling at it all, we did see these guys cliff jump from here. 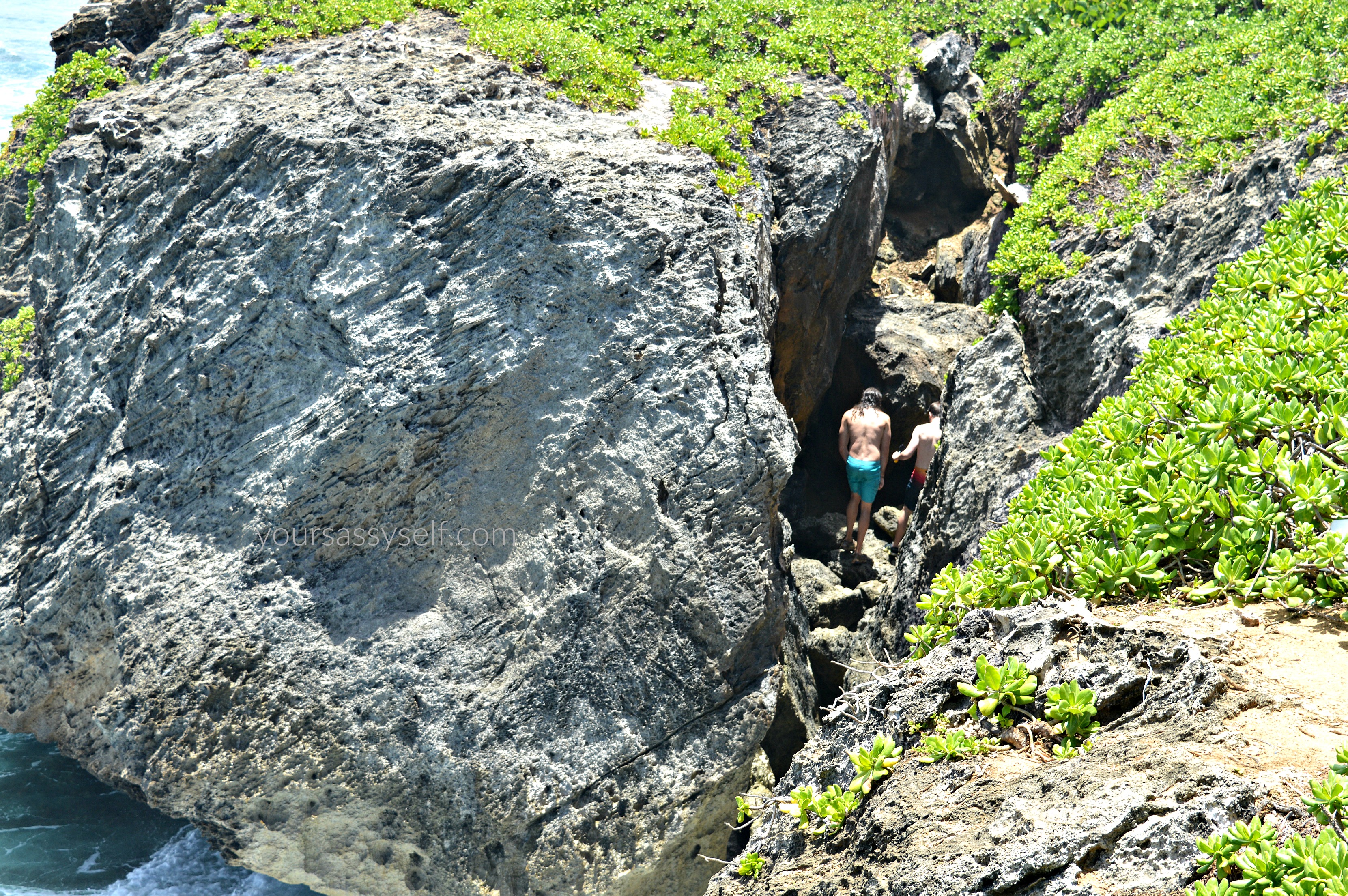 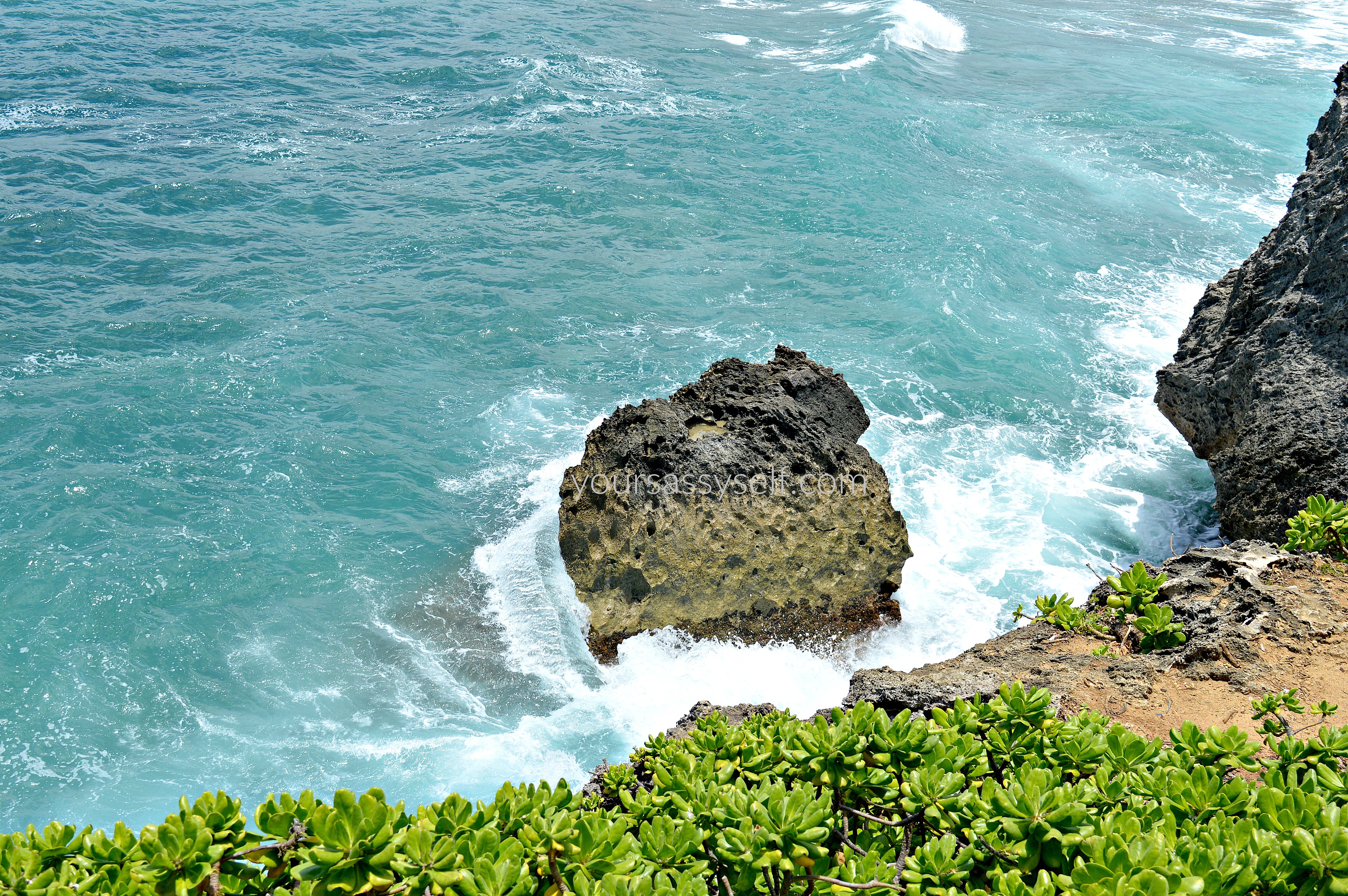 If you’ve ever seen the film, “Forgetting Sarah Marshall”, this is the same spot that Pete and Rachel jump off the cliff into the ocean.  Pretty cool.  Although parking is a little tight, I think it’s worth the detour.

If you love to snorkel, but don’t want to pay to do it at Hanauma Bay, then head to Sharks Cove. 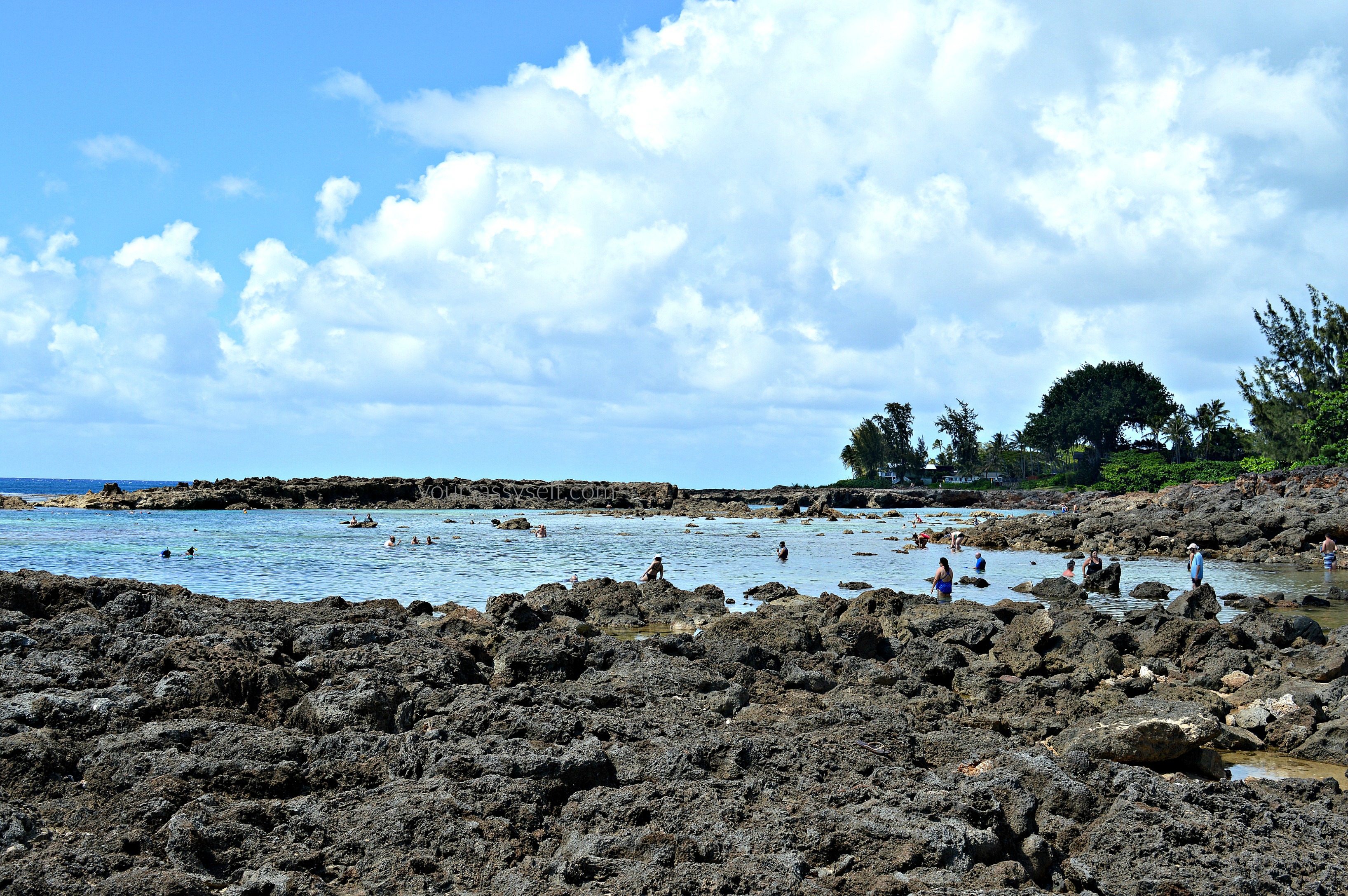 It’s very rocky and when I was there, not as clear as Hanauma Bay, but it’s still a great, easy way to get your snorkel on, without much of the fuss or crowds of Hanauma Bay. 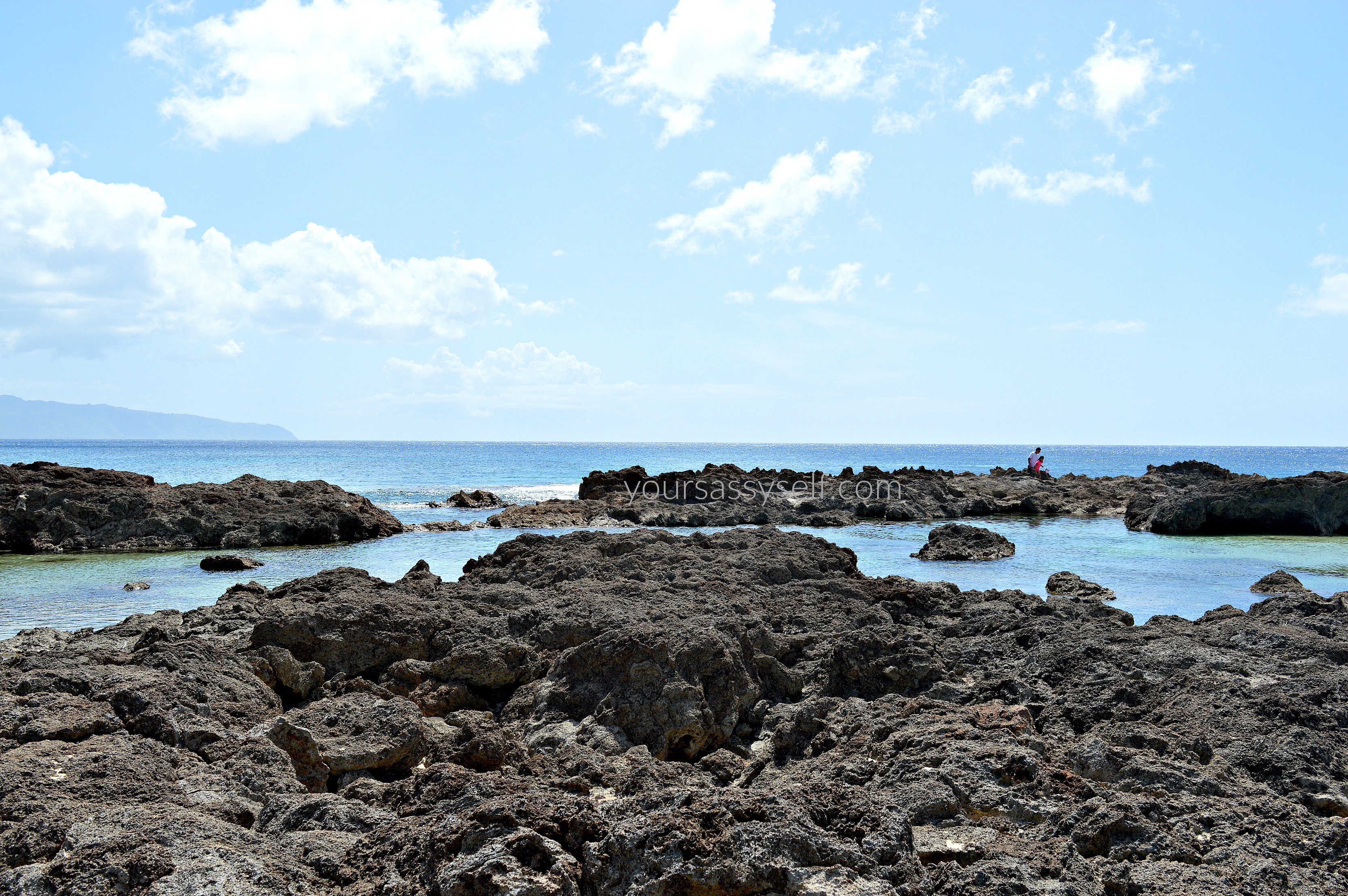 It’s also relatively near the renowned big waves of Waimea Bay, so it would be a great 2 for trip and totally worth it.

If you’ve seen or heard about big wave surfing, then you’ve no doubt heard about Waimea Bay.  It’s what the North Shore is known for.  It’s also where the Eddie surf competition is held, for elite surfers, in memory of Eddie Aikau.  This makes it a popular destination for locals and visitors alike. I visited in May and the waves were pretty calm to me, but my friend assures me that the waves change to massive waves in the winter. If however, you decide to try to make it to an Eddie competition, my friend says be prepared to spend the night in your car to snag a view.

CHECK OUT:  Kick Off Your Summer at Disney
Powered by Inline Related Posts 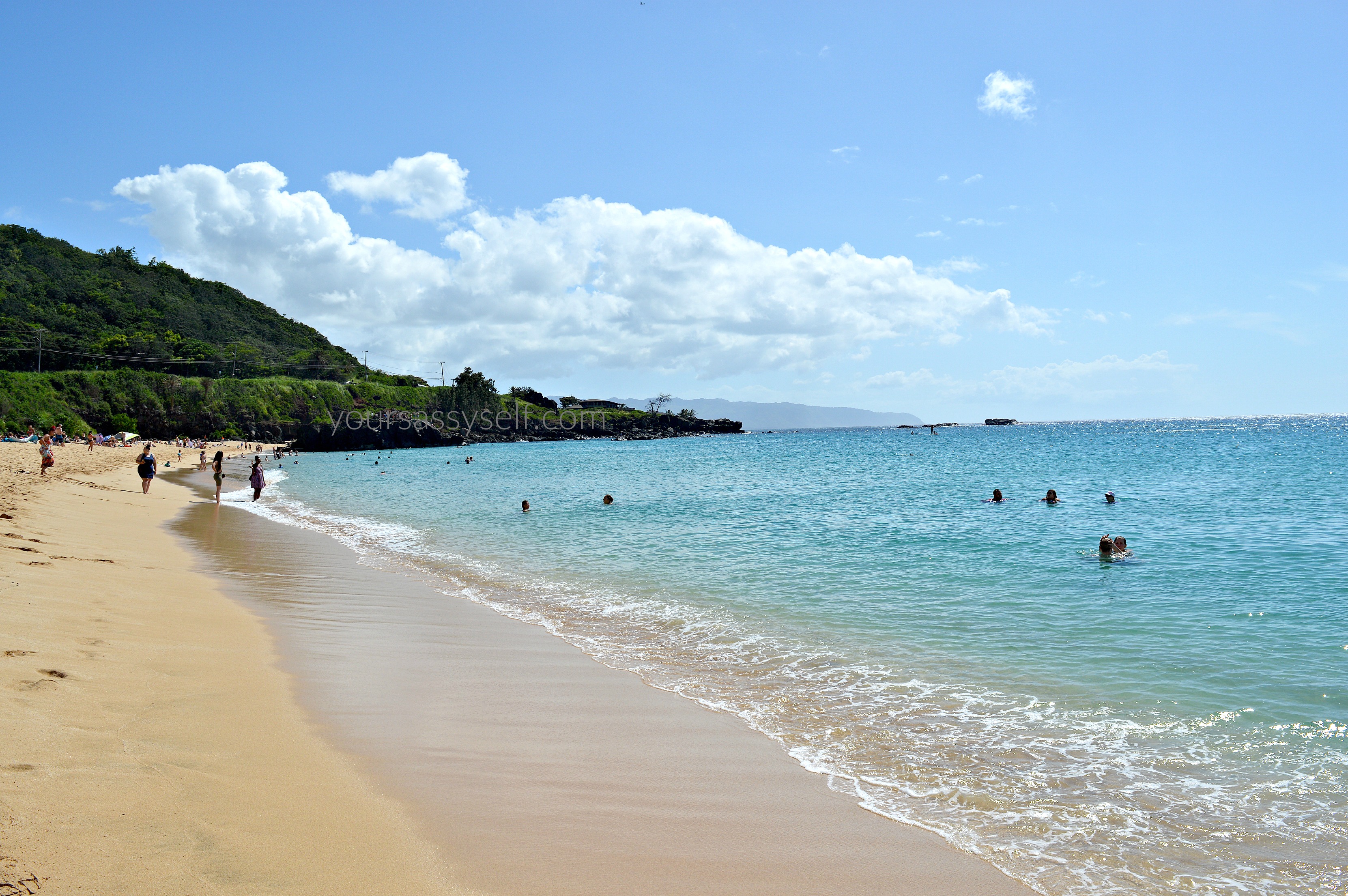 Regardless though, there’s not enough parking for everyone, so be prepared to circle the parking lot for a spot.  My friend did it a few times and managed to snag a spot.

Also be prepared to see people lining up to jump off this rock, warning sign and all. 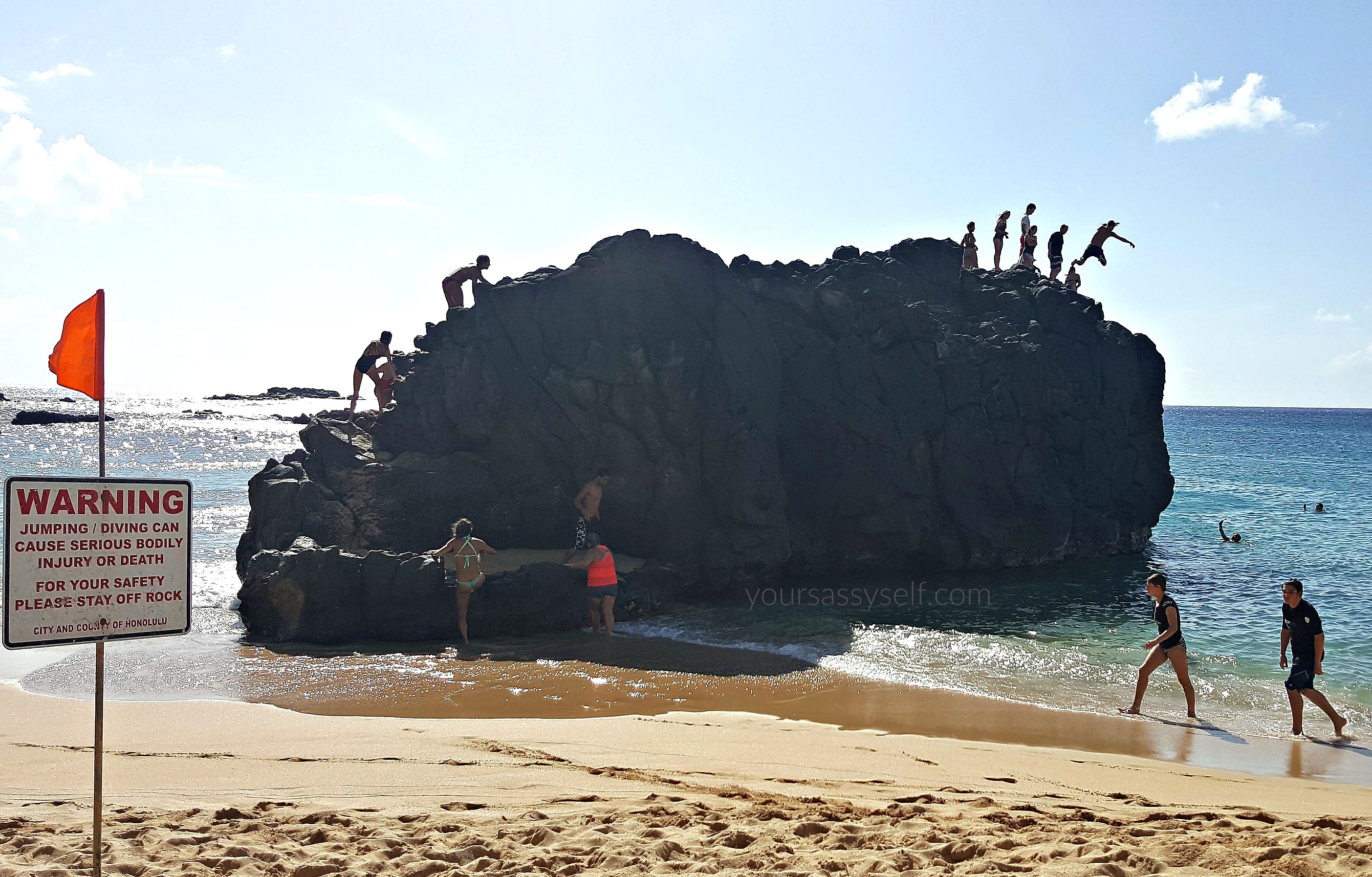 It was rather amusing to see everyone calmly walk by the warning sign, but the whole time I was there, I saw no injuries.  Score one for rule breakers.

Nothing prepares you for the beauty that is Laniakea Beach.  Sure it looks like all the other beaches I’ve mentioned, with beautiful water and reefs off the shore, but it has the one thing I have yet to see in nature. Sea turtles.  They’re everywhere.  They generally can be found either feeding on the reefs, or laying on the rocks on the beach.  The particular moment I went I didn’t see any on the beach.  They were all in the ocean, eating ’til their heart was content. 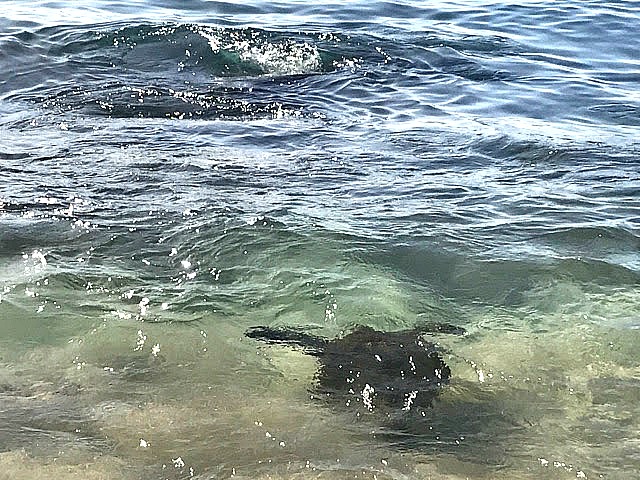 The best part is that they’re a protected species, so you’ll see volunteers stationed through out the feeding area, doing their part to make sure that tourists and snorkelers stay away.  Very cool and awe-inspiring.

Once you’ve tired of all the north shore outdoor fun, then head on into Haleiwa for a bite to eat, some shave ice, and/or some shopping.  We did, and enjoyed closing out our evening there. 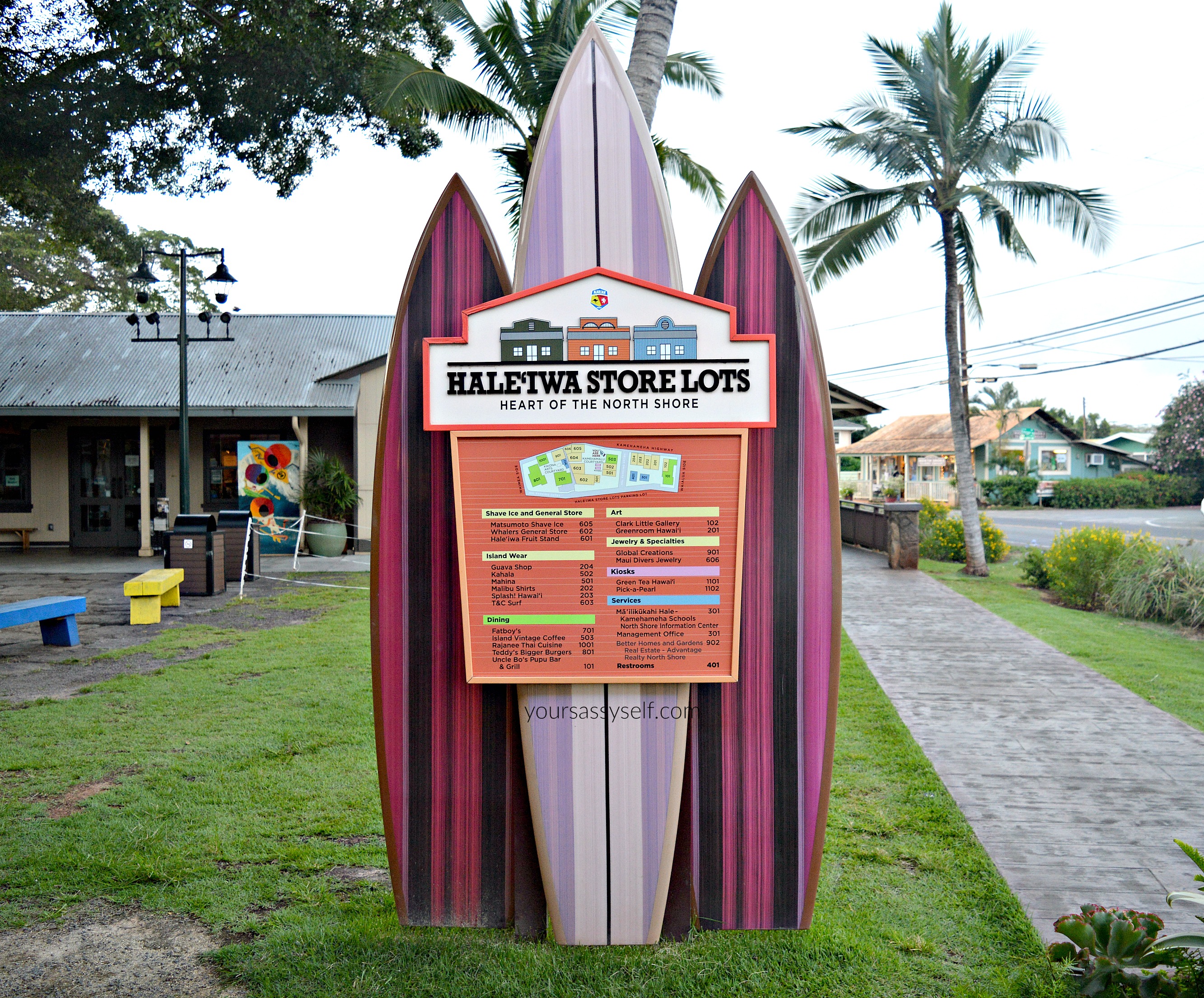 Ready to take a drive through the mountains.  Then make sure you add Nu‘uanu Pali to your stop list. It allows you a panoramic view of the windward coast of Oʻahu.

We went a little after dusk and it was magical.  It’s a breezy spot that not only allows you to see the clouds hovering over the mountain peaks. but see the beauty of the coast lite up. 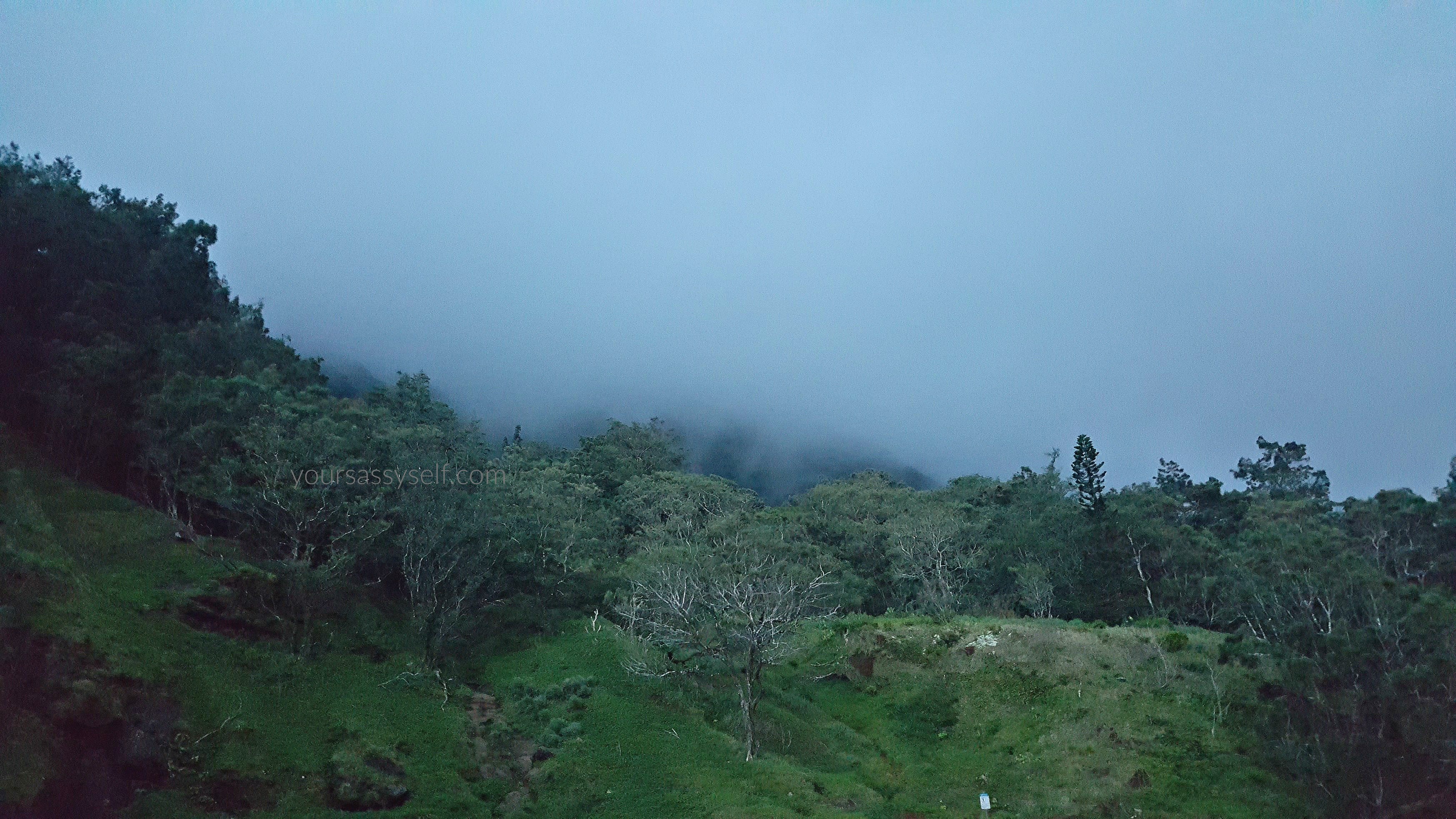 I know, horrible nickname for such a lovely spot, but my friend says it’s worth the dip.  She says the way the cove is set, it offers a gentle cycle, washing machine effect, where you can get on a floaty and sway back and forth, but never be swept out to sea.

Movie buffs love this place too because she says this is the place where the love scene of “From Here to Eternity“ was filmed. 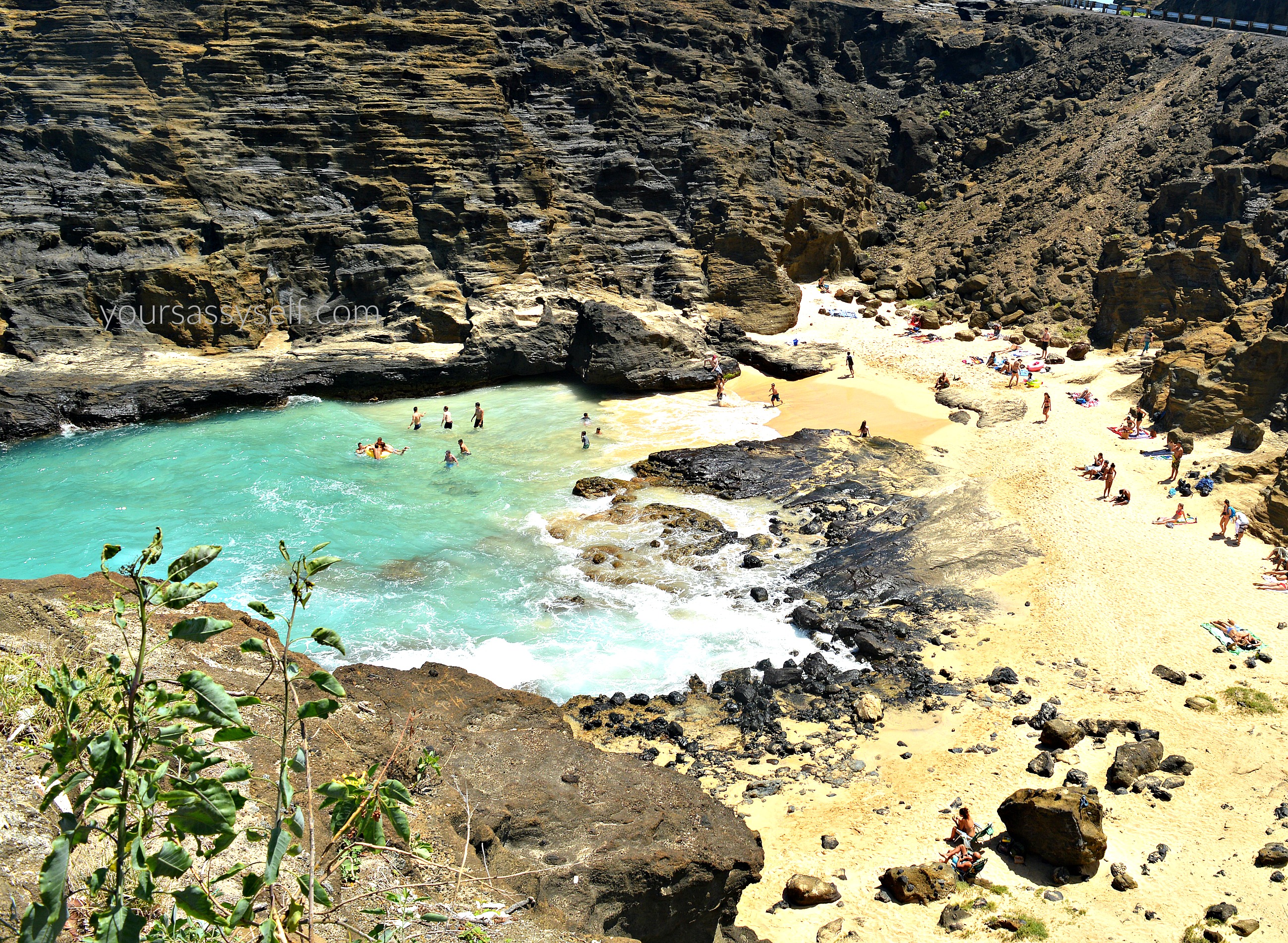 This spot is right next to Cockroach Cove and is known as the blowhole because there’s a rock formation that spews out water, much like a whale would from it’s blowhole.

Pretty neat to see and capture on camera.

A hidden gem that is not as hidden as it once was, is the Kaho’ohaihai Inlet.  When I was there in May, the road leading to it had dirt sections mixed with gravel sections, so you’ll definitely want to have on sturdy shoes to get you there. It’s a little bit of a trek, that parallels the entrance of the Kaiwi Shoreline Trail, but the pay off is worth it. 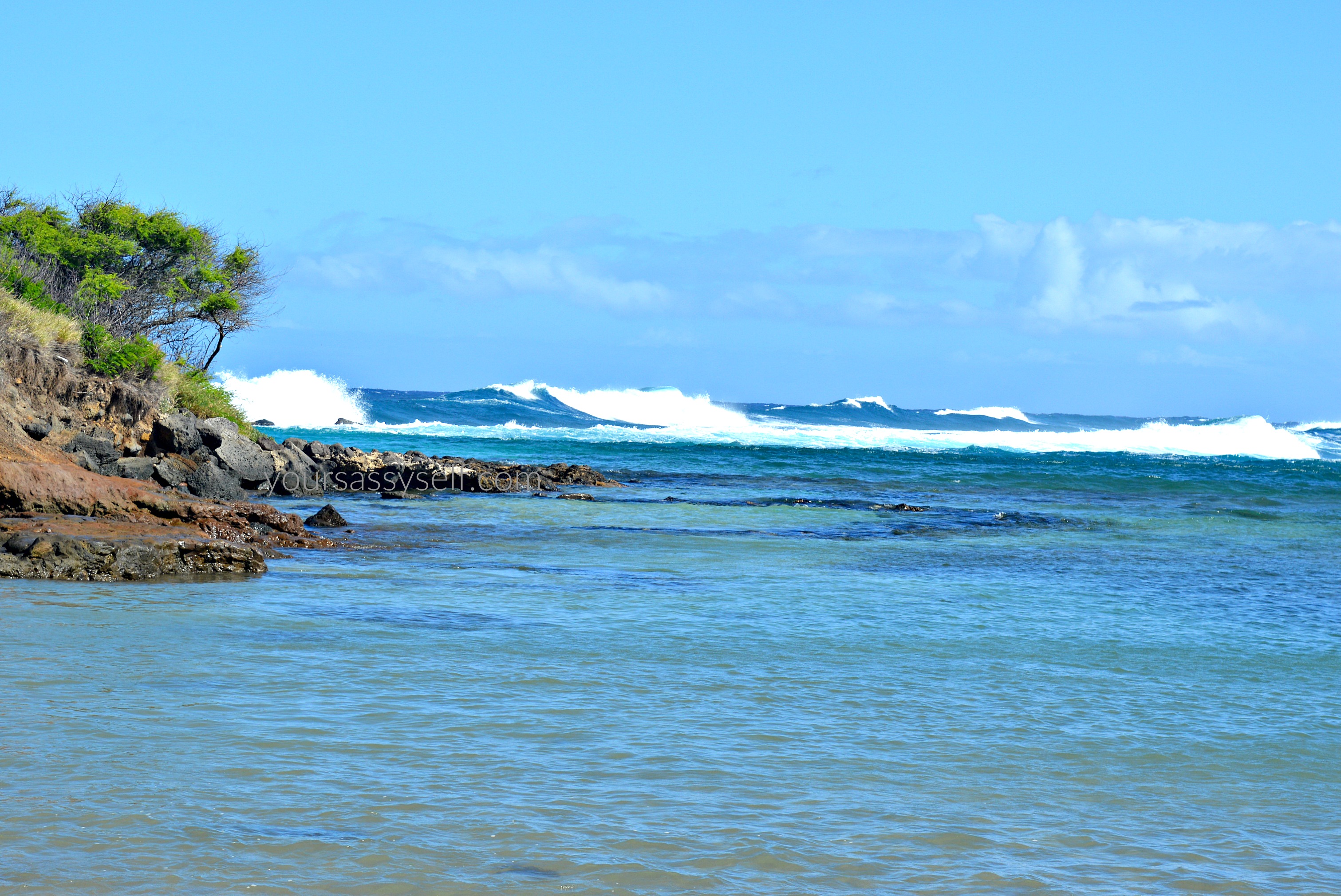 Of course, if hikes are what you’re after, you can venture the Kaiwi Shoreline Trail first, and/or hit up Diamond Head and Koko Head.  Regardless of which you choose, you won’t be disappointed. 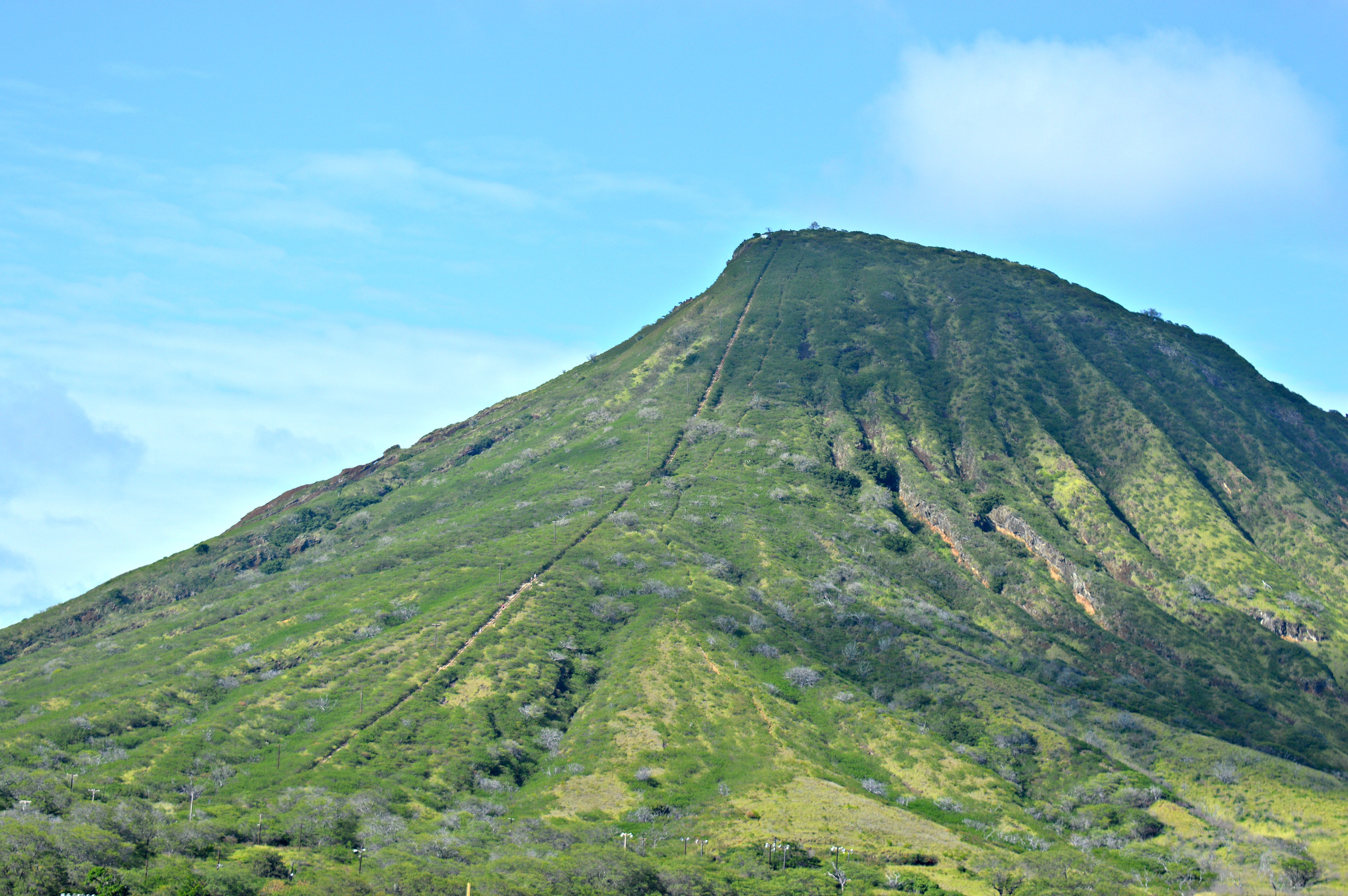 So the next time you’re in Oahu, check one, or all of these out for yourself and let me know what you think.

Which of these gems have you visited or would like to visit?