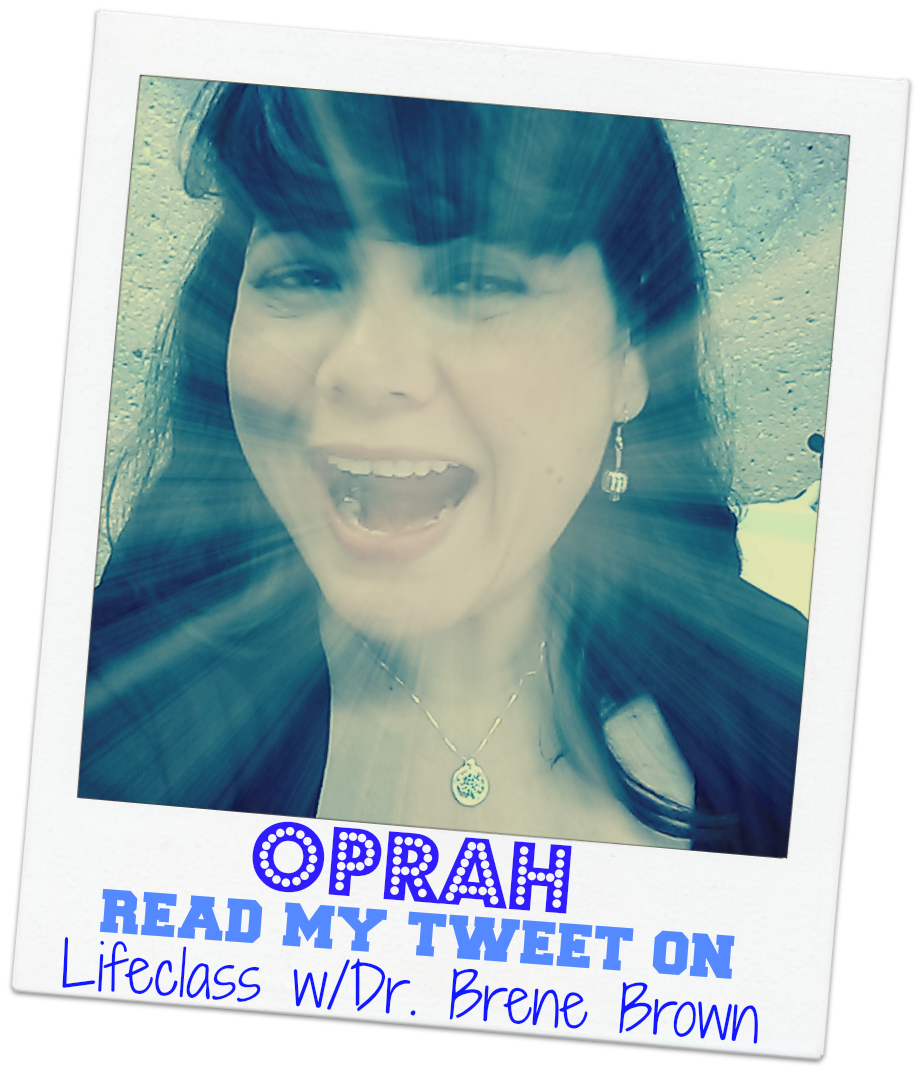 Yes! Oprah and Brene Brown answered MY question!!! If you follow along you know how much Dr. Brown, and all things Oprah, have helped me in my self improvement journey.  That’s why it was such an amazing experience! 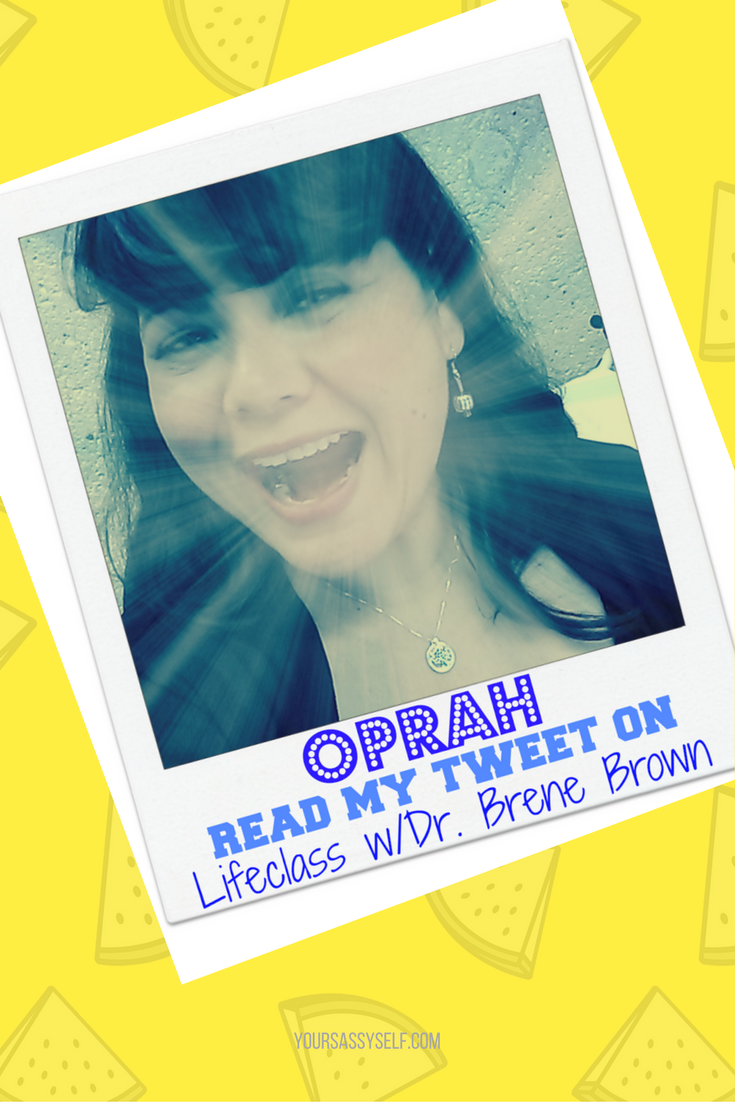 To say that I was beside myself when Oprah referenced my tweet to Dr. Brown during the recent Lifeclass episode on vulnerability and Daring Greatly, is an understatement.

It’s been a month since it actually happened, but I had to wait until it actually aired to see if I was just dreaming or if it was real.

And this is the story of how it all went down.

See I, last minute, decided to join the Facebook live stream of Dr. Brown on Lifeclass, on August 26th.  And like a good Lifeclasser, I was live tweeting the entire time.   The question that Oprah actually highlighted was the one on “…fostering an environment of vulnerability…,” which I tweeted toward the beginning of the discussion, from my personal account, not my blog account.

Yes, I’m such a fan that I was Facebooking and Tweeting from both accounts.

And the hour long session was almost over when I heard Oprah reference a tweet that sounded like mine. Since I had tweeted it early on and she didn’t quote it directly, or say my name, I wasn’t yet jumping for joy.  It wasn’t until after she and Dr. Brown had discussed my question, that she said the tweet came from Ro-kio Chavez.

It’s actually pronounced Ro-sio, but I didn’t care. She read my tweet and took time to discuss it with Dr. Brown.

CHECK OUT:  Be a Light
Powered by Inline Related Posts

After a childhood of being called Ro-kio, Roco, you name it, I’ll take it.  I was jumping up and down, grateful for having been seen and having my question answered.  I was super excited, but still in disbelief…did that just happen?

It wasn’t until I saw the actual airing of the episode on OWN, that I was able to confirm that yes, it did in fact happen.  You never know with editing what could end up on the chopping block.  While the part where Oprah said my name was edited out, my entire tweet was highlighted on the Twitter board as they began discussing my question.

Below is the Lifeclass section where I had my moment. It happens at around 55 sec mark and I highly encourage you watch it.  Not only because of me, but because both Oprah and Dr. Brown share some great relationship advice here.

Now had I just taken their advice…  But that’s a story for another day.  For now I just want to bask in the glory of our brief virtual encounter and continue to be gentle with myself as I walk through this self improvement journey. Nobody said it would be easy.  Much like nobody could have predicted that I would one day be able to virtually connect with these two beautiful souls, but it happened. So cheers to us all finding our way!

What super cool event has left you pinching yourself asking, Did that just happen?

Lets Connect
Rocio Chavez
Digital Content Creator & Multimedia Designer at Your Sassy Self
I'm a Mexican-American, Sassy, Bilingual, Professional Woman with a passion for life long learning, sharing, and living my best life. I'm the founder and digital content creator for Your Sassy Self and work full time as a Multimedia Designer. Let's connect and see how we can change the world...or at least change our perspective of it. 😉
Lets Connect
Latest posts by Rocio Chavez (see all)
CHECK OUT:  Working on Making an Ex a Friend Again
Powered by Inline Related Posts