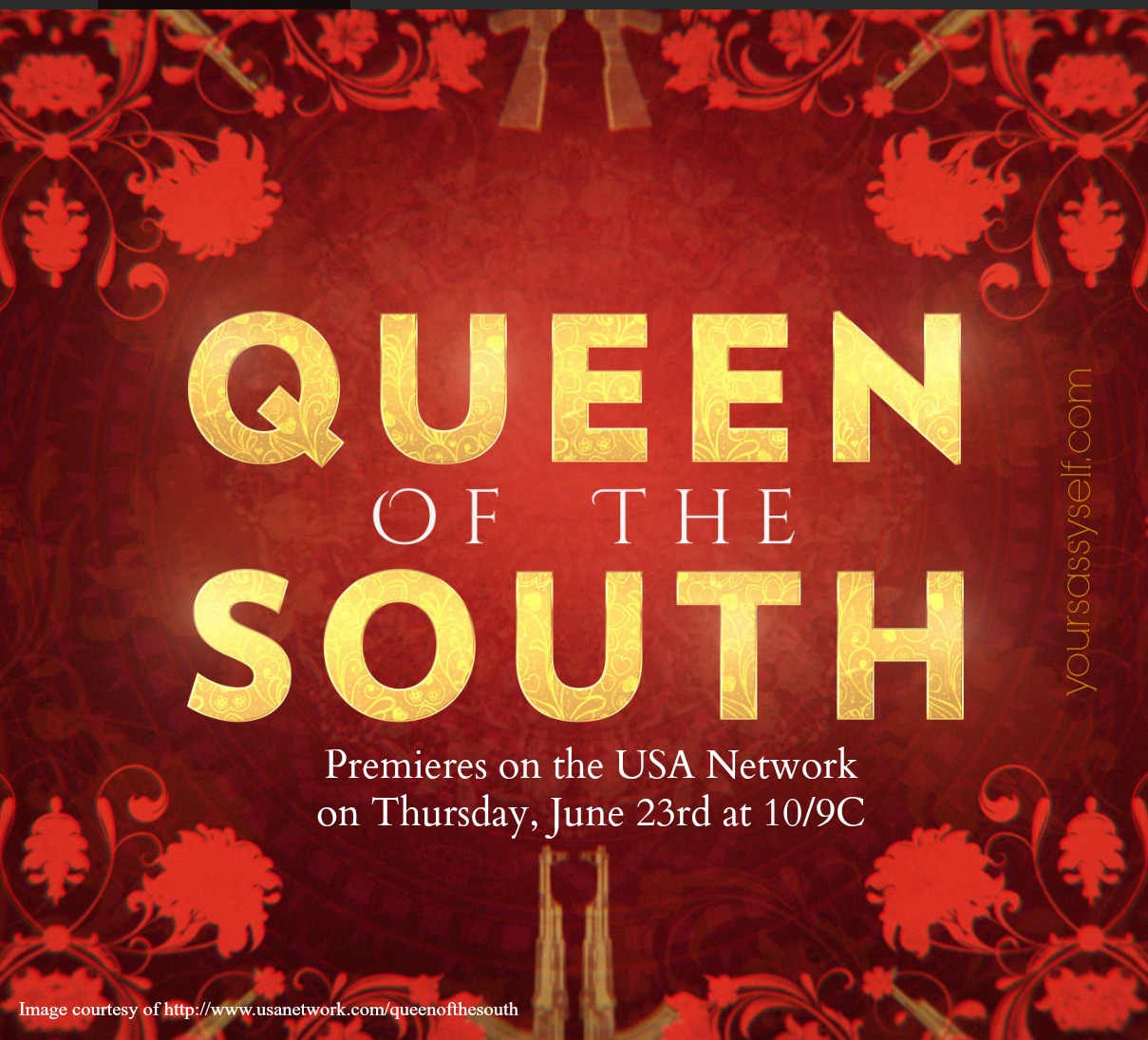 Do you, like me, love unwinding from a hard day of work by watching shows that are so far removed from your real life?  Then unless you’re a real life narco (narcotics) queen, you’ll love all the jammed packed action from USA Network’s new TV show, Queen of the South, which premieres on the USA Network, Thursday, June 23rd at 10/9C. 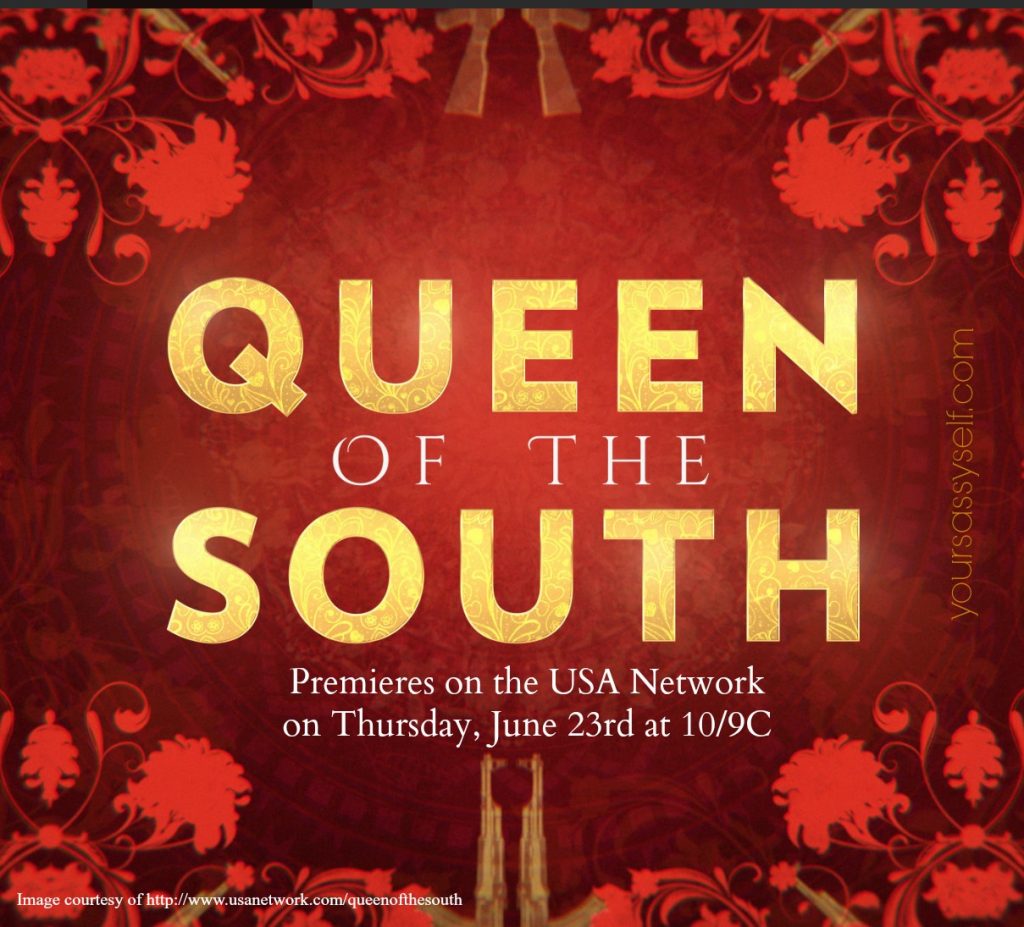 As a Mexican-American, growing up on the border of Texas, I know the story of narco trafficking all too well.  It’s something that’s always sparked interest, from the narcocorridos of Los Tigres Del Norte, to the recent El Chapo debacle, there’s no denying it’s a force to be reckoned with.

Based on the international best seller La Reina Del Sur, by Arturo Peréz-Reverte however, Queen of the South brings to light an added twist to the narco trafficking world, women.  Yes, Queen of the South is an action packed drama highlighting Teresa Mendoza, a woman forced to go on the run after her drug-dealing boyfriend is murdered in Mexico. In the process, she finds herself in America, where she teams up with an unlikely figure from her past, and together they work to bring down the leader of the drug trafficking ring that made her run. Trust me, after watching the pilot episode, you won’t want to miss one minute.  Here’s a quick glimpse of what’s to come.

Plus it stars many familiar faces, many of which I was lucky enough to meet at this year’s Hispanicize. 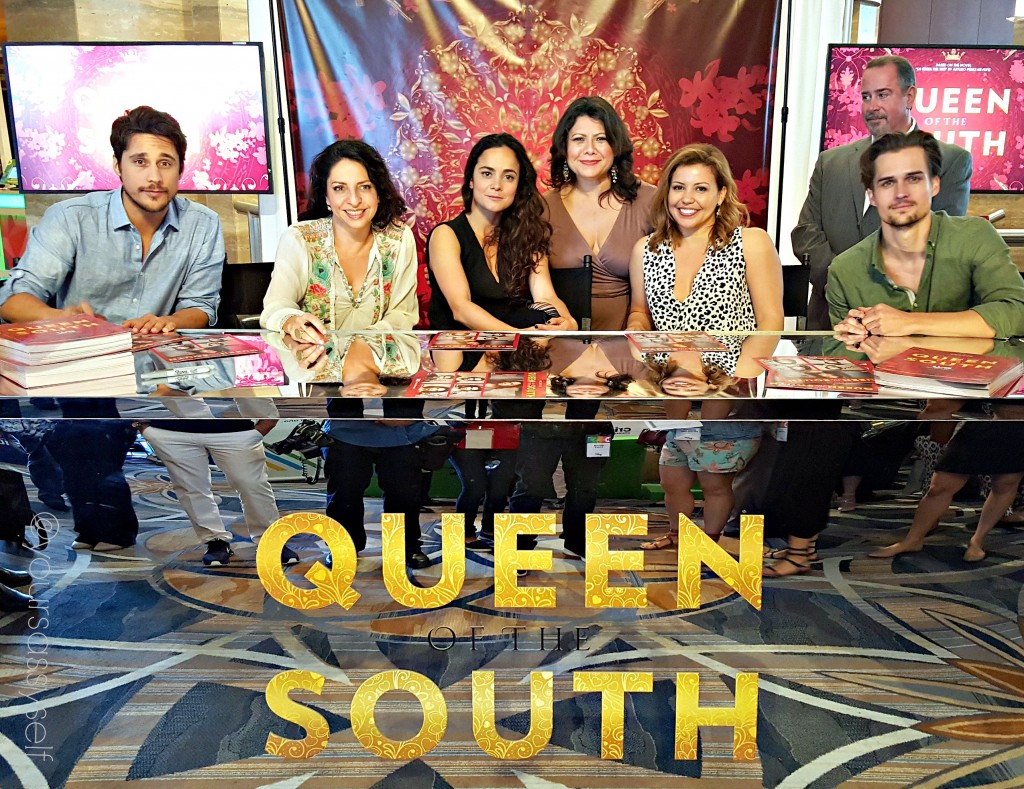 From left to right is: Peter Gadiot (Tut) who plays James Valdez, Veronica Falcón (Besos de Azúcar) who plays Camila Vargas, Alice Braga (I Am Legend) who plays la mera mera Teresa Mendoza, Me (Queen of the South fan), Justina Machado (Six Feet Under) who plays Brenda Parra, and Jon Ecker (Narcos) who plays El Guero.  Other stars include Hemky Madera (Weeds) as Pote Galvez, Gerardo Taracena (Apocalypto) as Cesar “Batman” Guemes, Joaquim de Almeida (Our Brand is Crisis), and James Martinez (Breaking Bad).  With such a seasoned cast, it’s easy to see how Queen of the South is destined to own its time slot this summer – starting Thursday, June 23rd, 10/9C on USA. 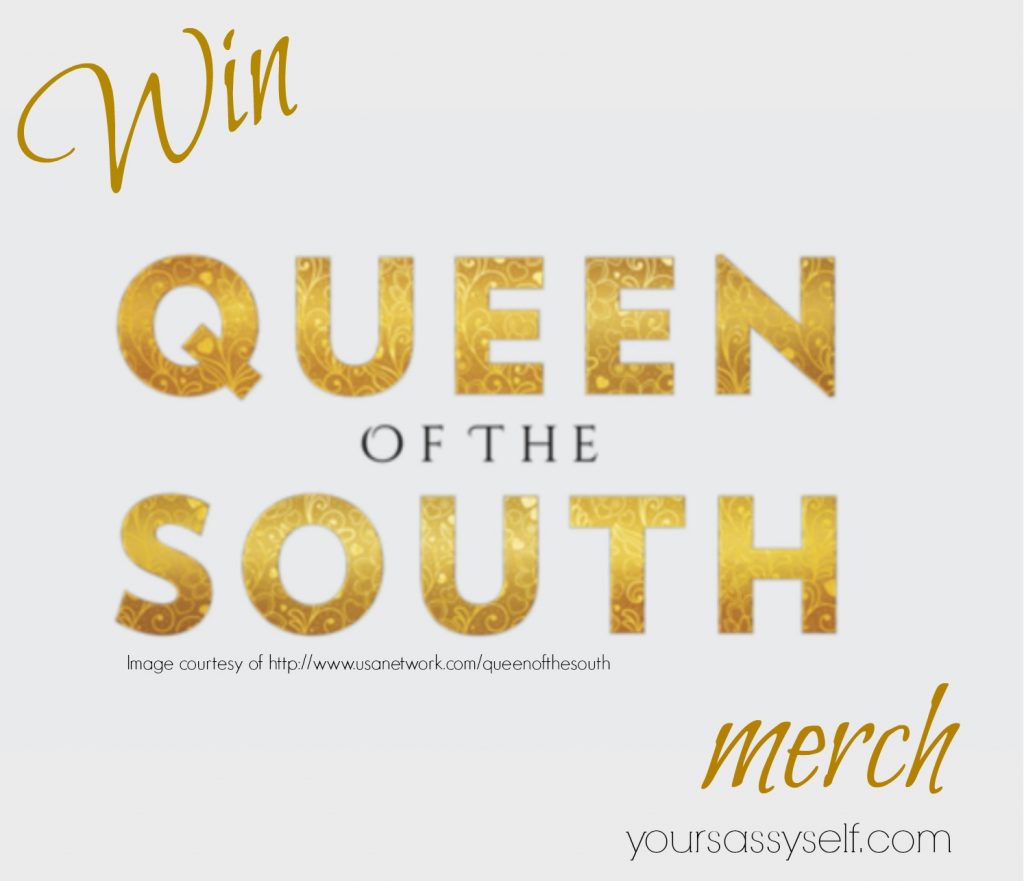 So comment away and get ready to sit back, relax, and unwind from a hectic day as I do, and get lost in Teresa’s action packed life in Queen of the South.

Queen of the South premieres on the USA Network on Thursday, June 23rd at 10/9C

What are you most looking forward to in Queen of the South?

Disclosure: Your Sassy Self is not associated with any of the companies named above. No purchase is necessary to enter. The odds of winning are based on the number of entries received.  Linqia and the USA Network team will work to select winners and collect addresses once the campaign has been completed. This event is in no way administered, sponsored, or endorsed by, or associated with, Facebook and/or Twitter, Google, Pinterest. This disclosure is done in accordance with the Federal Trade Commission 10 CFR, Part 255 Guides Concerning the Use of Endorsements. Entrants must only enter with either one email address, IP address and/or Facebook account, anyone found violating these rules will be disqualified. It is at the sole discretion of Linqia and the USA Network team if the winner has met the rules or not.

Lets Connect
Rocio Chavez
Digital Content Creator & Multimedia Designer at Your Sassy Self
I'm a Mexican-American, Sassy, Bilingual, Professional Woman with a passion for life long learning, sharing, and living my best life. I'm the founder and digital content creator for Your Sassy Self and work full time as a Multimedia Designer. Let's connect and see how we can change the world...or at least change our perspective of it. 😉
Lets Connect
Latest posts by Rocio Chavez (see all)
CHECK OUT:  Outdoor Party Planning Fun + Super Easy Glass Cover Tutorial
Powered by Inline Related Posts