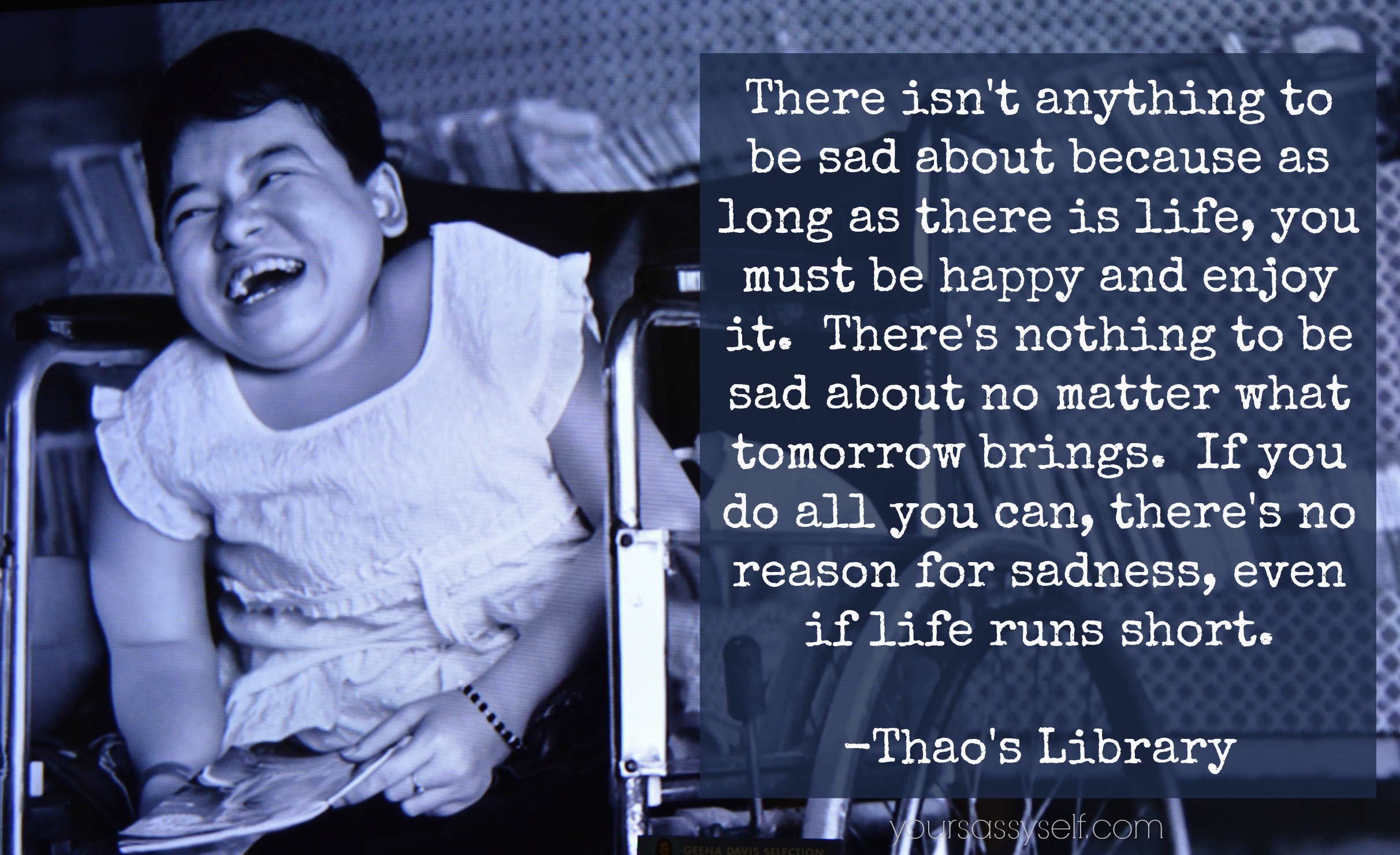 This post was sponsored by The Bentonville Film Festival; while the views expressed here were genuinely mine, consideration was paid to me to produce this post.

Recently I had the pleasure of spending some time getting to know the story of two women, who despite living on opposite sides of the world, found each other and managed to change their lives for the better. That film was Thao’s Library, last year’s Bentonville Film Festival winner, and all around inspiring story. 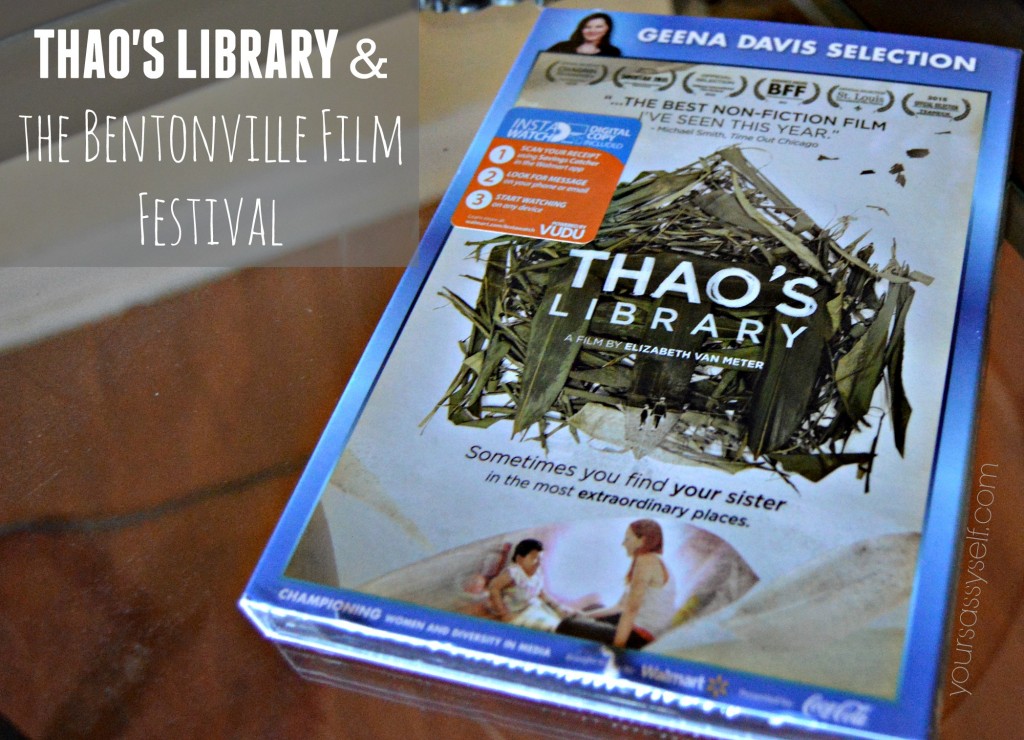 Thao’s Library explores the unlikely relationship between Thao – a Vietnamese woman who’s body’s been ravaged by the effects of Agent Orange, and Elizabeth – an American woman in the throws of a deep depression following the death of her younger sister. Brought together by a simple photograph, they overcome distance, language, and cultural barriers toward one common goal, to build Thao’s Library.

It was a heartfelt journey filled with Elizabeth’s search for answers and Thao’s never ending desire to open a library for the children of her village. Filled with overflowing optimism, Thao proves that no matter what your personal struggles, there is always a reason to continue living and enjoying life. 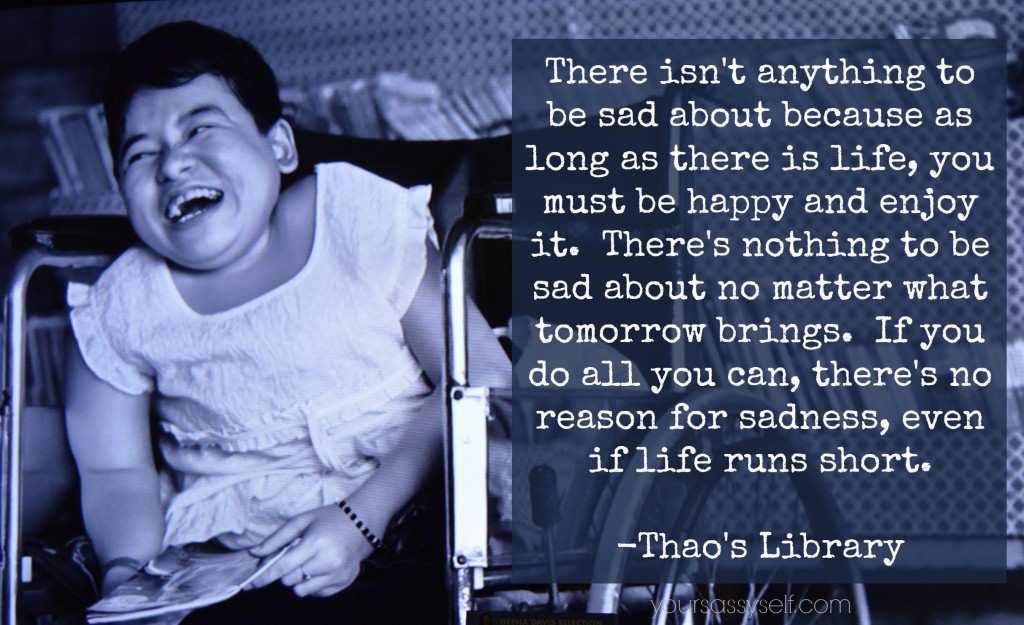 And together they managed to do just that, while delivering their beautiful, riveting journey along the way. It was so inspiring in fact that I was moved to head back to Walmart and purchase the movie and several books to donate to my local Children’s Shelter. I, like Thao, believe knowledge is power and books not only provide that, but they also allow you the opportunity to transport yourself to a different time, place, life, and overall dream world where everything is possible. Everyone, regardless of where they find themselves, deserves the opportunity to experience that escape. So I decided to play a small role in helping local children along that path.

CHECK OUT:  Being Your Sassy Self with Lizza Monet Morales
Powered by Inline Related Posts 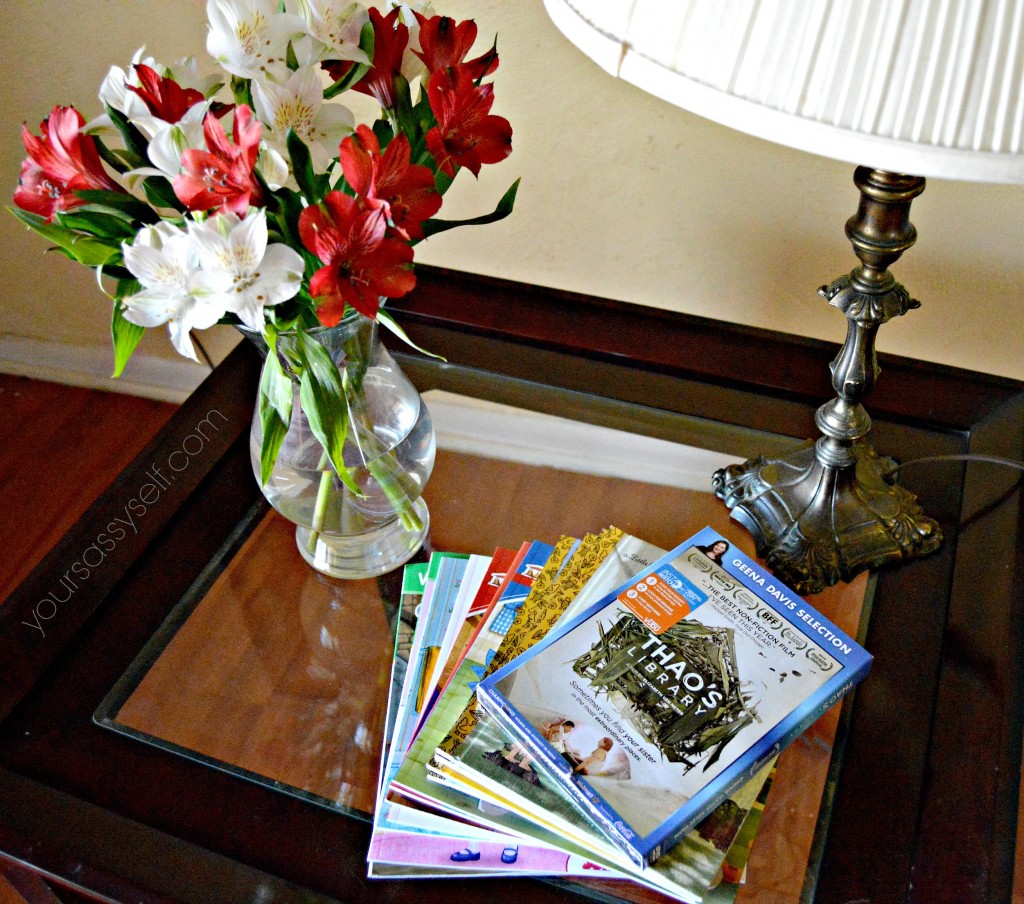 With so much inspiration and motivation to take on things that may seem out of reach, it’s no wonder this film won at last year’s Bentonville Film Festival.

In case you haven’t heard about it, the Bentonville Film Festival (BFF) was co-founded by Academy Award Winner® Geena Davis (Founder and Chair, Geena Davis Institute on Gender in Media) and entrepreneur Trevor Drinkwater (CEO, ARC Entertainment) in 2015. BFF’s mission is to encourage content creation in film and other forms of media that reflects the diverse — and half female — world we live in.  And in partnership with founding Sponsor Walmart, presenting Sponsor Coca-Cola and distribution partners AMC Theatres and Lifetime, it’s the only film competition in the world to guarantee theatrical, television, digital and retail home entertainment distribution for its winners in the Best Narrative Jury Award, Best Family Film Award, and Audience Award categories.  Pretty darn cool if you ask me, and this year’s second annual Bentonville Film Festival will be held May 3-8, 2016 in Bentonville, Arkansas.  The films accepted into competition have two or more of the following characteristics:  Female or Minority Lead, Female or Minority Director, Female or Minority Writer, Female or Minority Production Company, Gender and Diversity Balanced cast, and/or Gender and Diversity Balanced crew.  The cool part is that BFF not only focuses on supporting diverse storytellers, but it’s also research based and commercially driven. Yes research based, which is aimed to raise awareness and expose unconscious bias, to bring about change. 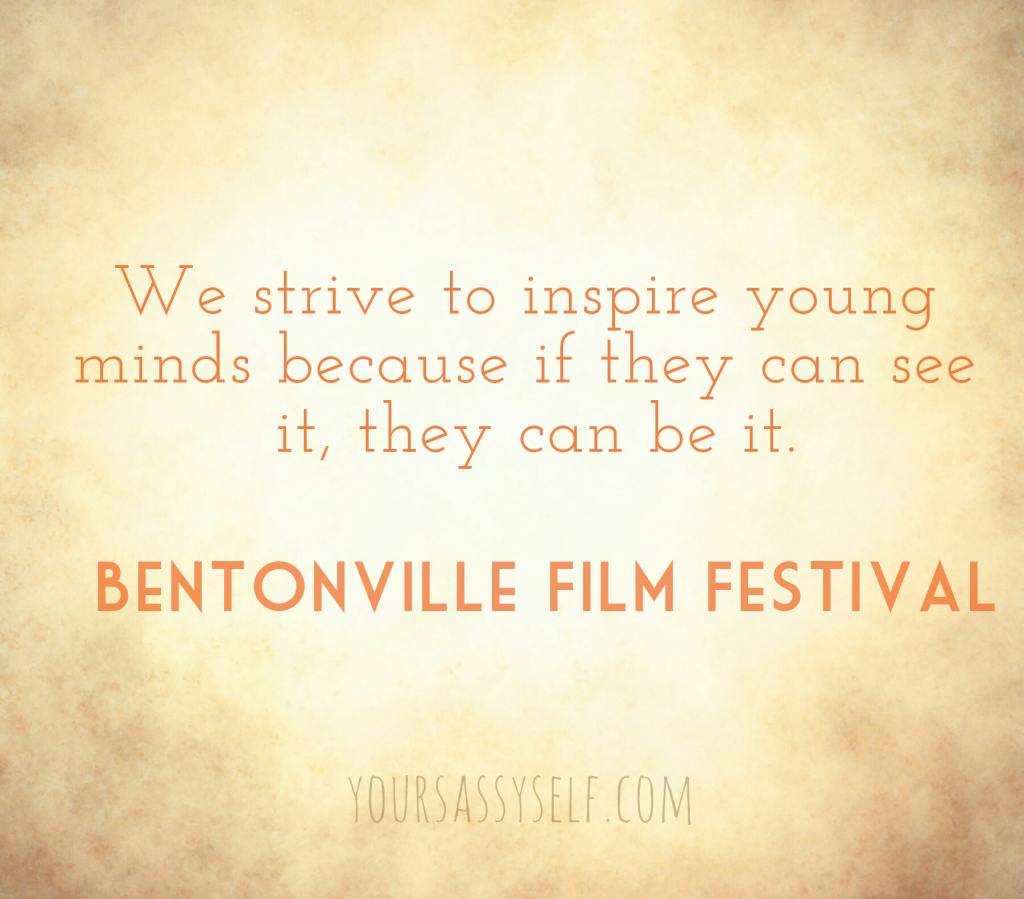 As a minority female, I couldn’t agree more and love championing anything that aims to bring about change, especially when it comes to getting media to reflect the diverse world we live in. If you do too, and love watching inspirational films, please check out Thao’s Library and keep an eye out for other great films and updates from the Bentonville Film Festival.

What great escapes have you taken through reading and/or through film?