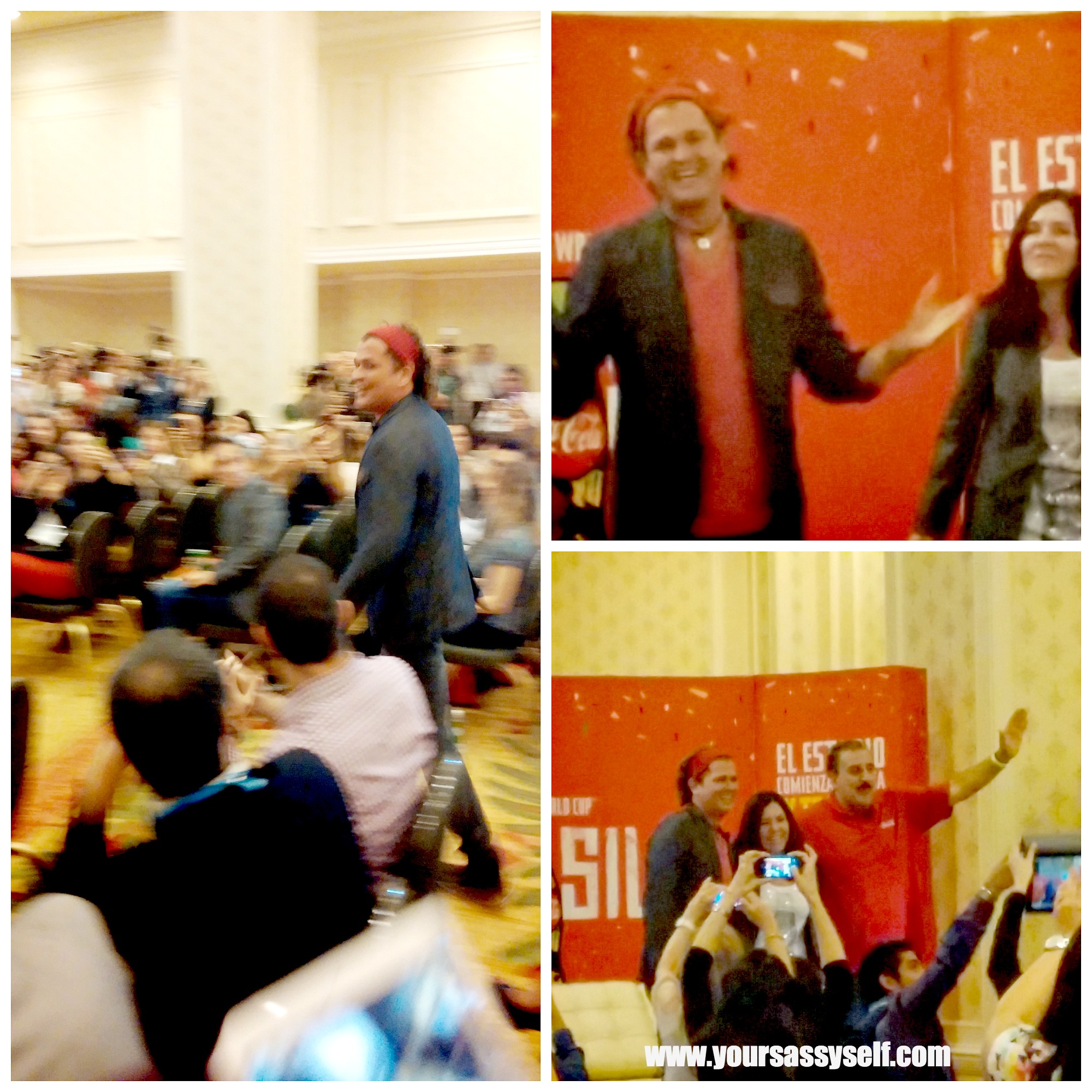 To say that Hispanicize was in a flurry is an understatement.  Everyone was up, dancing, taking pictures, having a great time – filled with World Cup fever!

It’s amazing how music and sports find a way to break through all language barriers.  And it’s amazing what this chica will do to break through security barriers when it comes to Carlos Vives 😉  J/K no take downs had to take place, I just happened to be at the right place and the right time to get greeted with a hug and a kiss from Mr. Vives himself. 🙂 (Too bad his security took him away before I could actually take the selfie I wanted, but I’ll take the memory.) 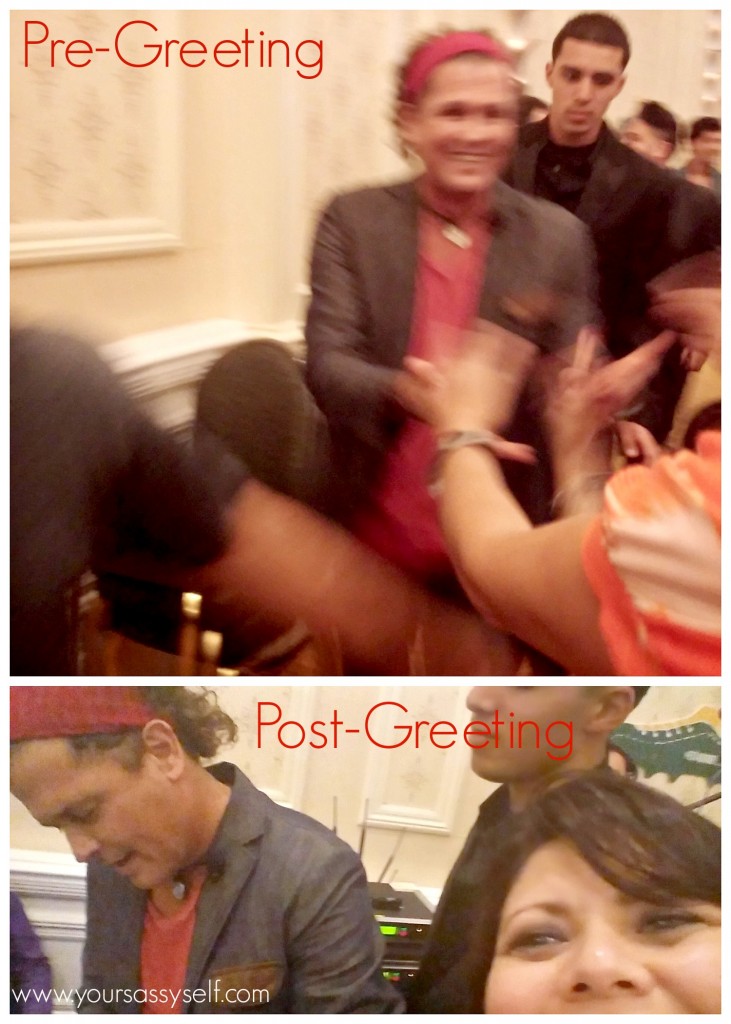 Although Carlos offered up some great music, Fernando Fiore brought the laughs and was one I actually got to take pics with. 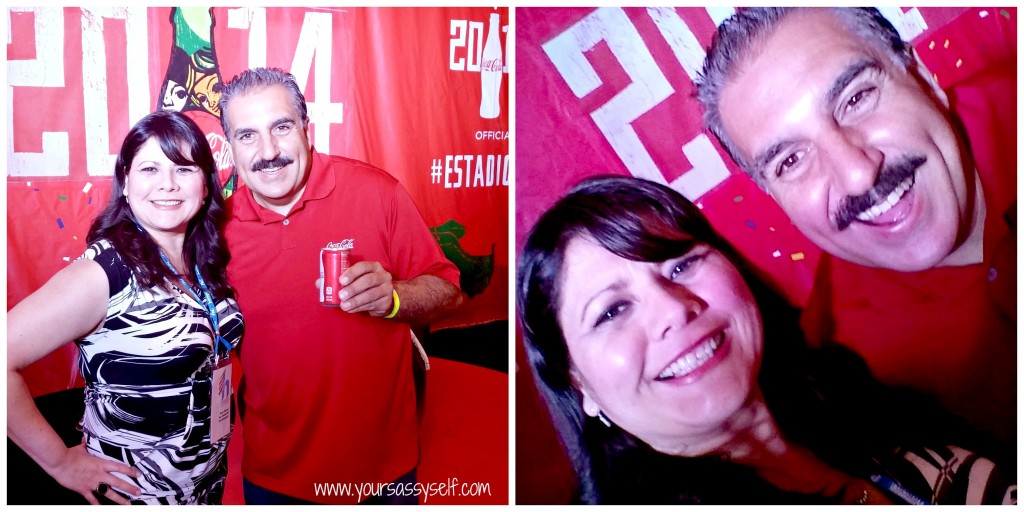 For those who may not know, he actually helped launch Ms. Vavavavoom herself, Sofia Vergara, during their “Fuera de Serie” days.  Now as República Deportiva’s host, Fernando will be following and sharing the FIFA World Cup experience, with behind the scenes highlights of course.  If you’re a novice like me to this World Cup Fever, no worries, he wrote Fernando Fiore Vamos al Mundial just for us. 😉

In case you didn’t know, Brazil 2014 is now only a couple of months away and Coca-Cola, Carlos Vives and Fernando Fiore promise to bring it all to life for you via #EstadiodeTodos.

CHECK OUT:  What's in a Name?
Powered by Inline Related Posts

Still can’t wait?  Go ahead and check out what I saw first hand via these super cool Hispanicize videos.

While this one has the Latinovator Lunch with Carlos Vives, where he speaks about his return to music with  Carlos Vives Corazon Profundo y “La Copa de Todos.”

What memories will you make during the World Cup this year?